Brandon Penn: We wanted to get to a quick start and we did it

Marjan Ilievski: Once again the defense was the key factor

Afrim Bilali: We should be happy with our overall performance

And the winner is Blokotehna!

Asen Nikolov: We took the right decisions on offense

Gruev lifts Academic Bultex 99 over Beroe for the bronze medal

Danilo Mijatovic is the MVP of the season

The BIG Final preview: We′ll have a first time winner

Afrim Bilali: I′m excited and we′ll do our best in the final

Lubomir Minchev: We blew it up in the fourth quarter

CJ Wilson: We wanted to play the best defense we can

Asen Nikolov: We couldn′t cope with their zone defense

Coaches and referees meet before the Final Four

Marjan Ilievski: Our problems will make us even more motivated

Afrim Bilali: We′ll fight for the win every second

Asen Nikolov: Motivation and desire will be the keys for success

Lubomir Minchev: All teams have equal chances to win

The trophy for the Balkan League winner is presented

Shay Shtriks: Final 4 will be a basketball spectacle

The teams at the Final 4: BC Beroe

The teams at the Final 4: KK Blokotehna-NB

The teams at the Final 4: BC Academic Bultex 99

The teams at the Final 4: KS Teuta 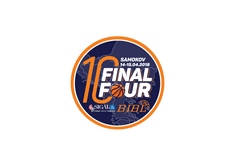 Dragan Radovic: We didn′t have enough for another surprise

Todor Stoykov: I′m happy with both of our wins

Konstantin Papazov: We had no choice but to win

Photo-gallery from the FINAL KB Bashkimi - BC Levski Lukoil

And the winner is Levski Lukoil!

Dwayne Benjamin is the MVP of the season

Photo-gallery of the Opening ceremony of the Final Four

Bashkimi and Levski Lukoil go out for the big trophy

Aaron Moss: You can beat any team if you play hard and give your best

Ludmil Hadjisotirov: We didn′t have a good organization on offense

Dragan Radovic: We believed in ourselves

Konstantin Papazov: We deserved to be in the final

Veselin Veselinov: Defense was the key

Shakir Smith: We kept fighting but came up short

Photo-gallery from the game KK Blokotehna-NB - BC Levski Lukoil

Coaches and referees meet before the Final Four

Semifinal 2 preview: The hosts Rilski against the debutants Bashkimi

BC Rilski Sportist: We need to go step by step

KK Blokotehna: We are ready and going for the trophy

BC Levski Lukoil: We are always playing to win

KB Bashkimi: This is our golden opportunity

Referee nominations for the Final Four in SIGAL-UNIQA Balkan League

The program for the Final Four is ready

Big win and a Final 4 place for Levski Lukoil

A third time for Samokov

The Final Four is back in Samokov 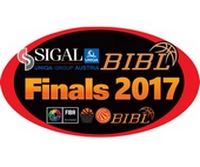 BIBL presented an award to the Mayor of Kumanovo

Photo-gallery from the final game KK Kumanovo 2009 - BC Beroe

Lubomir Minchev: We are happy

Beroe celebrates first BIBL trophy in the history of the club

It′s time for the final of the season

Lubomir Minchev: The trophy is not won yet

Shane Gibson: I hope the fans enjoyed our performance

Marjan Srbinoski: We′ll try to recover for the second game and fight hard

Nikola Karakolev: Things will be different in Kumanovo

Photo-gallery from the game BC Beroe - KK Kumanovo 2009

Strong first half gives Beroe a big lead in the final

Shane Gibson is the MVP of SIGAL-UNIQA Balkan League

Finals, Game 1 preview: Beroe and Kumanovo are ready for the big battle

Lubomir Minchev: Our first goal is to win

Referee nominations for the Finals in SIGAL-UNIQA Balkan League

Two TV′s to broadcast the finals

Kumanovo reaches the final after dramatic win over Peja

Beroe dominates from start to finish to reach the final

Djordjije Pavicevic: Sigal will have problems if we play like we know

Antonis Constantinides: The second final will be more difficult

One day before the final...

Avni Ponari: The Balkan League is important for our region

Mohamed Abukar is the MVP of SIGAL-UNIQA Balkan League

Miroslav Damjanovic: We still have hopes

Jason Washburn: It was our aim to win and I′m happy

Antonis Constantinides: This is not the end

The road to the title is still wide open

Djordjije Pavicevic: If we play like we know, we may celebrate at the end

Antonis Constantinides: I see the will to win

Avni Ponari: The Finals will be a great show with huge emotions

Three TV′s to broadcast the Finals of BIBL

KB Sigal Prishtina - hunting for a place in the history books

Historic final for Mornar and a well deserved one

Shay Shtriks: A successful 7th season
Blerand Stavileci, president of Sigal Prishtina: It′s the most important moment of my life
Petar Georgiev, president of BC Rilski Sportist: Our participation in BIBL brings us satisfaction

Rosen Barchovski, head coach of BC Rilski Sportist: The psychology for the game is very important
BNT World, DigitAlb/Supersport and Sportmedia.tv to broadcast the Final
BC Rilski Sportist expecting a solid fan support in the final

Photo-gallery from the game KB Sigal Prishtina - BC Rilski Sportist

Dardan Berisha is the MVP of EUROHOLD Balkan League

Ludmil Hadjisotirov, ass. coach of BC Rilski Sportist: This was just the first half
Everything to be decided in Samokov

The official brochure for BIBL Finals is ready

Finals, Game 1 preview: Sigal Prishtina or Rilski Sportist to make the first step to the trophy

Marjan Ilievski, head coach of KB Sigal Prishtina: Our two wins are in the past

Rosen Barchovski, head coach of BC Rilski Sportist: We have to control the score

Dardan Berisha, player of KB Sigal Prishtina: We are ready to give 150%

Shay Shtriks: This season was the most interesting and very challenging one

Referee nominations for the Finals in EUROHOLD Balkan League

EUROHOLD Balkan League with a special logo for the Finals 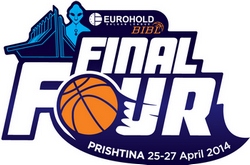 Levski is the champion of EUROHOLD Balkan League

Marin Dokuzovski: The game was decided at the start of the fourth quarter

Kenny Boynton: We came together as a team in the second half

Sharon Drucker, head coach of BC Galil Gilboa: The history is not playing

Brandon Heath: We knew it was our game in overtime

Aleksandar Todorov, head coach of BC Balkan: We don′t look for excuses, only for conclusions

Konstantin Papazov, head coach of BC Levski: The 10-0 run was the key for our comeback

Galil Gilboa will defend the title against Levski

Levski is the first finalist after dramatic overtime win over Balkan

The coaches before the Final 4: We are happy to be here

Shay Shtriks: This event is a celebration of basketball

Edmond Azemi, captain of Sigal Prishtina: We need to give our maximum

Pavel Marinov, captain of Balkan: We are better than Levski and we′ll show it in the game

Stefan Georgiev, captain of Levski: For us it′s very important to be first

Referee nominations for the semifinals in EUROHOLD Balkan League

Assen Christov: I believe we are about to watch great basketball battles

Shay Shtriks: We are proudly standing in front of the “crème de la crème” of the year

Blerand Stavileci: It was a season with great emotions

Sharon Drucker, head coach of BC Galil Gilboa: It′s going to be an exciting basketball on the Final 4

Konstantin Papazov, head coach of BC Levski: We are going to Prishtina with one goal - to win the trophy

Aleksandar Todorov, head coach of Balkan: The team that wants it more will win

The preparation for the Final 4 2014 is going very well

KB Sigal Prishtina: We hope the great atmoshere in the gym will add to the quality of basketball

The referees for the Final 4 2014 in EUROHOLD Balkan League

Shay Shtriks: I′m sure that Final 4 2014 will be exciting, emotional and with high-level basketball 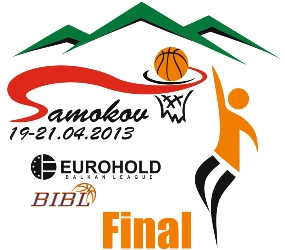 Konstantin Papazov: We are the favourites but this doesn′t mean anything

Rosen Barchovski: I hope against Levski we can play defense like we never played this season

Stefan Georgiev: We prepared ourselves for the tournament, the goal is to win the first place

Branko Mirkovic : The recent negative results will not affect us

Darko Stanimirovikj : If we play as a team, I have a feeling that we have a chance to win tomorrow

Dagan Yivzori: It′s going to be tough against Kumanovo

Ljubisav Lukovic : We will try to make one more surprise this year

Lior Lubin: We are here to protect the title

Vladimir Georgiev, Mayor of Samokov: Samokov has traditions in basketball and we love this game!

Branko Mirkovic is the best p?sser in EUROHOLD Balkan League before the Final 4

Shay Shtriks: Enjoy the basketball celebration during the Final Four

10 000 Euro for the champion in EUROHOLD Balkan League

The referees for the Final 4 2013 in EUROHOLD Balkan League

Dimitar Anguelov, player of BC Levski: First in our mind is the game against Rilski Sportist

Konstantin Papazov, head coach of BC Levski: We are going to Samokov one thing in our minds - to win

Shay Shtriks: We want to prove that we can make the best basketball event in the Balkans

Petar Georgiev, president of BC Rilski Sportist: Our club and EUROHOLD Balkan League are developing together over the years

Petar Georgiev, president of BC Rilski Sportist: Hosting the Final 4 is a reflection and a recognition for what we are doing in Samokov

Rosen Barchovski, head coach of BC Rilski Sportist: The people in Samokov deserve to see such a good Final 4 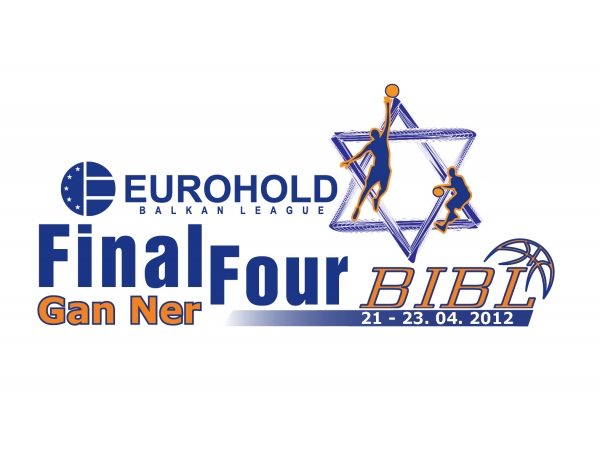