Djordjije Pavicevic: If we play like we know, we may celebrate at the end 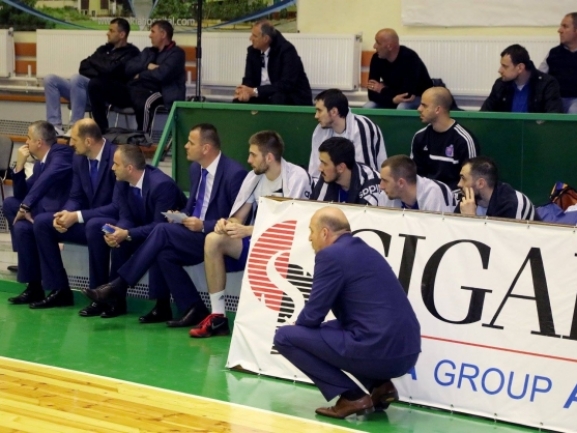 KK Mornar will visit KB Sigal Prishtina in the first final of SIGAL-UNIQA Balkan League. The match will be played tomorrow at 19.30 hrs local time in front of a packed gym in Prishtina. Here is what the head coach of Mornar - Djordjije Pavicevic had to say before the game:

"I think that the Balkan League showed a big quality in every aspect. I mean organization, quality of the competition and I think it′s a worthy final of the season. The two best teams - Sigal and Mornar have advanced to it. I think that both games will be great with unknown outcome. This was shown in the First Stage when we won in Prishtina while then they defeated us in Bar. This is basketball. I hope that tomorrow in Prishtina will be the same way.

We have the quality to play against each team, whether it′s Sigal Prishtina or other. If we play like we know to, I think that in Prishtina we may come to a situation to celebrate after the first game. We have to be 100% focused and to work hard in order to get a good result. Sigal has some very good players, they are well organized as a club and there is a tremendous atmosphere in the gym. It′s a sports and basketball public and I think that in general the winners will be the game of basketball and the Balkan League as a competition because it will be two great finals. There will be a very good organization in Bar, at a high level and let the better team in those two games be the new champion and celebrate with the trophy.

Mornar has had a great season. This is the most successful one in the team′s 42 years. I′ll remind that we had 24 wins in a row in Montenegrin league and didn′t lose a single one in the regular season. We also played in the Cup final against Buducnost and practically lost it in the final two minutes. We were first in our group in the First Stage in the Balkan League and then in the Second as well. Then we reached the final and we deserved to do it. In Montenegrin league we are already in the semifinal and I hope we are going to play the final against Buducnost where I′ll hope that we can make something and surprise the favourite. If we happen to win a trophy - whether it′s the Balkan League or the Montenegrin title - or even both competitions, it′s certain that this success will be remembered for generations ahead.

Of course, not to forget, over the years the Balkan League has helped us in achieving such results in Montenegro and to become the club we are today."