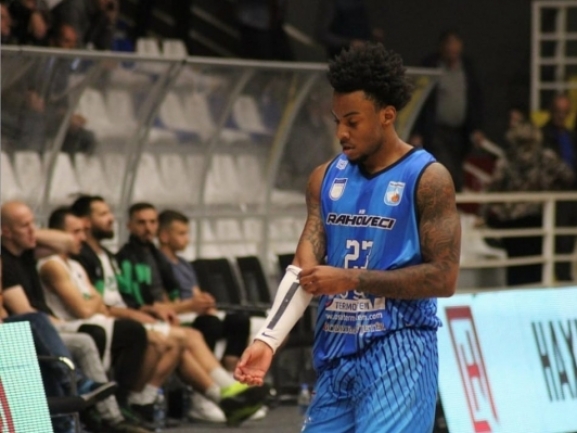 KB Rahoveci recorded its first win in the Balkan League. In its 5th game the team hosted KB Peja in the Kosovo derby and led from the first minutes to eventually take 106-94 victory. The hosts were up for the whole game but Peja was close and threatened to make a comeback. Rahoveci though never allowed that to happen as they managed to pull away in the fourth quarter and held on. Next week the team will visit Ibar in the last game for 2019 as Peja will travel to Plovdiv to meet the unbeaten Academic Bultex 99.

A 9-3 start gave the hosts a lead which they never surrendered. From the first minutes it was clear that it was going to be a high scoring game as the teams scored a total of 59 points in the first quarter as Rahoveci led by 9. With an 8-0 run in the second the visitors tied the score but Rahoveci responded with 9-0 and held on to be up by 5 points after 20 minutes of play.

The match remained close for the third quarter with Peja managing to once again tie it at 73 but 4 quick points to finish the period gave the hosts the lead. The run continued and the difference reached 10 points, and although Peja tried to mount another comeback. it fell short and Rahoveci celebrated.

The hosts had a big advantage in points off turnovers - 35 to 4. Peja turned the ball over 24 times compared to just 8 by Rahoveci and it proved to make a big difference.

Joshua McFolley had a big game for the winners hitting 6 triples on his way to 38 points. Darrell Davis made his BIBL debut finishing with 24 points and 6 assists as Javis Howard had 18 points.

The visitors were led by Arber Berisha who had a monster double-double with 25 points and 17 rebounds as Drilon Hajrizi added 21 points. Malcolm Armstead also did well finishing with 18 points and 6 assists.