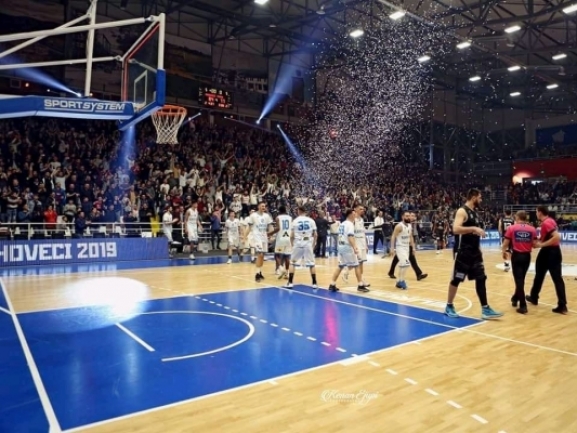 KB Rahoveci is the third team to confirm its participation in the Balkan League for the upcoming season. The Kosovo team had declared its intentions to do so over a month ago and after the management of the team sent all the necessary documents, that became a reality. That means that the team will make its debut in the competition.

Last season was the most successful one in Rahoveci′s history. The team managed to reach the final in Kosovo league and did the same in the Cup tournament which it hosted. Both times the team lost to KB Prishtina but nevertheless an important step forward was made. KB Rahoveci is playing its home games in "Mizahir Isma" arena which has a capacity of around 4 000 people and can be seen full for the most important games.

The head coach for the upcoming season will be Croatian Neven Plantak who has some BIBL experience in his career. KB Rahoveci will not only be a part of the Balkan League but will also play in the Qualification round of FIBA Europe Cup. In case the team reaches the Group Stage then the program for the BIBL Regular season will be changed in accordance with all the federations and teams involved.

Montenegro will once again have a BIBL team

KS Vllaznia is officially back in the Balkan League

BIBL continues its work towards the new season

KB Rahoveci to make its debut in the Balkan League

The new Balkan League season to start on October 15

Vllaznia may come back to the Balkan League

Domestic leagues: Barsy Atyrau is through to the final

Domestic leagues: Easy for Blokotehna, Kozuv finished the season with a defeat

Domestic leagues: Blokotehna wins a thriller against the champions, Kozuv defeated in Kumanovo

Domestic leagues: The champion of Albania will be decided in a fifth game

Domestic leagues: Blokotehna wins the last derby of Gevgelija for the season

Domestic leagues: Important one for Blokotehna, Kozuv lost a thriller