Historic final for Mornar and a well deserved one 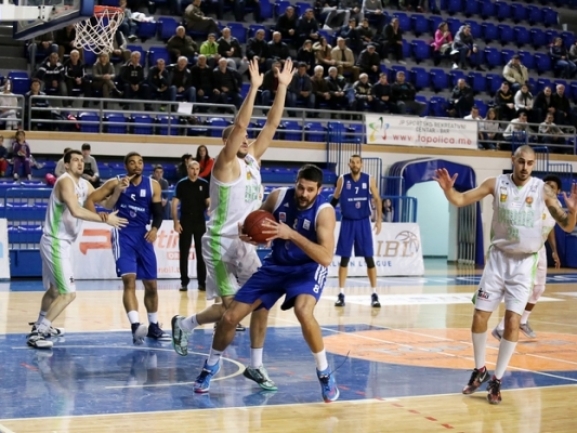 KK Mornar will play in its first historic final in the Balkan League. The team is in its sixth season in the competition and this is the first time it will fight for the trophy. So far Mornar has one defeat in the semifinal of the Final 4 back in 2011 and a loss in the quarterfinal the year before and the one after. Last season the team reached the Second Stage but couldn′t advance further.

It′s also a well deserved first time for Mornar. The team from Bar played steadily throughout the whole season and recorded a total of 10 wins in 14 games.

Mornar gave a chance to a lot of local players and the inclusion of Lamont Jones and Robert Sampson in the middle of the campaign proved to be an important decision.

Perhaps some of the best outings for Mornar came at the right time when it was need in each of the stages. In the First stage the team will remember the 72-62 win over Sigal Prishtina away which paved the way for a first place in group A.

Then in the Second Stage Mornar had to win all of its last thre games to qualify and did so, culminating with beating KK Teodo 93-67 at home in the last round.

Then came the semifinal in which Mornar lost the first game to Kozuv but exploded in the second to score an 81-56 victory and to book a place in the final.

Since his signing Lamont Jones turned out to be the go-to player for Mornar and he is averaging 22.0 poiints, 3.5 assists and 2.4 rebounds in 8 matches. Balsa Radunovic has also had a very good season as he is averaging 13.9 points and 7.1 rebounds without missing a single game. Since Robert Sampson came he is also playing an important role and averaging 9.8 points and 8.9 rebounds.

Generally Mornar is playing a tough defense and head coach Djordjije Pavicevic will count on that for the finals. Also the Montenegrins are the third best scoring team in the competition following only the opponent in the final Sigal Prishtina and KB Peja. So this means there′s a nice mix between good offense and good defense and the question is what will prevail in the final. And after six seasons in the league Mornar finally has a chance to win it all. Of course it will be a tough task but there′s no doubt the players from Bar will give their all and best to try to lift the trophy.