KB Sigal Prishtina - hunting for a place in the history books 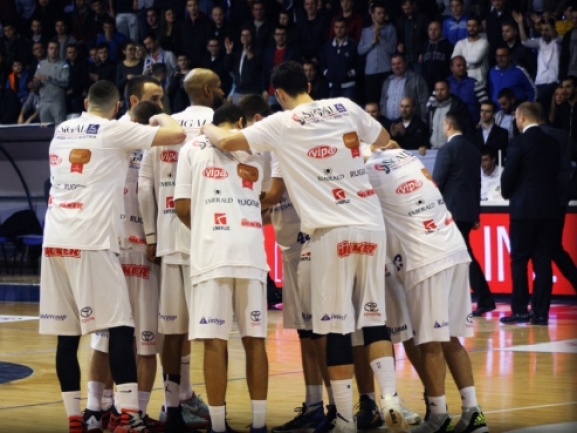 KB Sigal Prishtina will be looking to become the second team in the history of the Balkan League to have lifted the trophy for two seasons in a row. So far the only team that did it was Galil Gilboa in 2012 and 2013. So far Galil and Levski are the only teams to have won the competition twice but only the Israelis did it in consecutive years.

Now Sigal Prishtina is hunting for a place in the history books of BIBL as the second team with two straight titles. The team has all chances to do so as it is on a run of 10 victories in a row. In a total of 14 games Sigal has lost only 2 as the team has no defeat in BIBL in 2016.

During the season Sigal Prishtina made a lot of changes to its roster and also appointed a new head coach. The current champions did practically the same last season and it turned out to be the right decision. So far this is turning to be the same scenario but we still have to wait of the final to be played and see what the result will be.

After starting slow Sigal showed signs of things to come after defeating Mornar 86-75 away in the penultimate round of the First Stage. This is was the start of the wins for the champions who added 9 more after that. Perhaps the best one was in the third round of the Second Stage when they won the Kosovo rival KB Peja 85-84 in a wild finish at home. It practically guaranteed them the first place in the group and after that they crushed Kozuv and Levski 2014 to make it matematically a 100%.

Then came the semifinal against Beroe in which Sigal Prishtina dominated in both games. The champions showed their bigger experience and bigger class to outplay their opponent and advance to the final.

Mohamed Abukar is one of the players that are in the roster since the start of the season and he certainly proved he is an important part of the team. He is averaging 18.6 points, 4.8 rebounds and 2.2 in 33.4 minutes per game. The big star Dardan Berisha joined the team after the first round and again proved his quality. He is averaging 18.6 points, 4.8 rebounds and 4.7 assists while exploding for 42 points against Levski 2014 on March 9. Jason Washburn also joined the team later in the season and the American center proved to be a very good addition. In 10 games he is averaging 17.1 points and 8.7 rebounds while electrifying the local crowd in Prishtina with his dunks.

The other players Sigal rely on are Stanimir Marinov who is also one of the few left from the start, and also Andrew Warren and Willie Kemp. The captain Edmond Azemi is also getting some minutes but his contribution is not like it was in the previous two seasons.

Sigal Prishtina is the top scoring team in the league averaging 82 points per game. However the team is also counting on its defense by having good defenders like Warren, Marinov and the rim protector like Washburn. Of course the fans in Prishtina are a very big advantage for Sigal and is something that can even influence the game. This is one of the things the champions will be hoping to use in order to get a good result in the first game but still everything will be decided in the second in Bar.

So it′s Sigal Prishtina vs Mornar - who it will be? We′ll know in 15 days time.