Avni Ponari: The Finals will be a great show with huge emotions 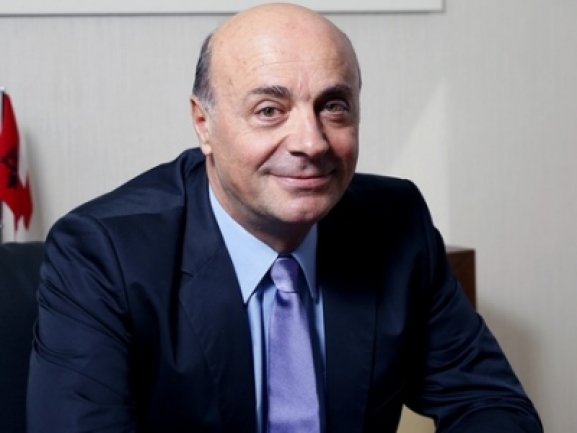 Avni Ponari is the CEO of SIGAL UNIQA Group Austrina, which is the main sponsor of the Balkan League since this season started. Here is what he had to say just days before the Finals of the competition between KB Sigal Prishtina and KK Mornar regarding his first season with the competition:

I would like to thank you all for being part of this great competition and supporting this unique sport.

I am always pleased to get involved into basketball but this season has been of a special importance given the agreement with BIBL for rebranding into SIGAL UNIQA Balkan League and I am proud for it. SIGAL UNIQA is a big friend and supporter of basketball in Albania and Kosovo and so will be even for Balkan League.

Even though SIGAL UNIQA and BIBL operate in two different fields, they both have a common goal: getting people together for a further development of Balkan countries respectively through business and sports. On this regard, I am pleased we have the support of a gigantic European financial group such as UNIQA Insurance Group.

For the first time in the BIBL’s history, teams of each country were qualified for the semi-final and final games and I think that this is a very positive development for SIGAL UNIQA Balkan League. Additionally, I’d like to thank all participating teams from Kosovo, Montenegro, Macedonia and Bulgaria. As the President of the Albanian Basketball Federation, I hope that in the upcoming season Albanian teams will join SIGAL UNIQA Balkan League in order to have a more complete list of Balkan countries participating.

Considering my experience with the “Valbona” team (former champion of the Albanian basketball) and SIGAL Prishtina and overall as a person who loves basketball I am glad that I’ve had the possibility to contribute in the basketball in Albania, Kosovo and also to continue to do so through the SIGAL UNIQA Balkan League.

We are now close to the end of the 8th season of Balkan League and I am especially happy that SIGAL Prishtina is one of the finalists. When SIGAL Prishtina decided to be part of Balkan League, in 2013, I didn’t have any doubt, and I can reconfirm now after two seasons it took the right decision to be part of a competition with big values. SIGAL Prishtina won the competition in 2015 after defeating Bulgarian side BC Rilski Sportist in the finals and I’m proud of my team and also my staff, especially the Head Coach, Mr. Antonis Costantinides.

I look forward to an amazing and remarkable days of a basketball celebration of both KB SIGAL Prishtina and KK Mornar Bar on the Grand Final. I believe that both teams will fight hard to win the cup and will show us a great and fair play, as it should be in every kind of sports: fair play and great show with huge emotions.

At the end, I wish both teams a successful and fair battle. I am sure that players will do their best and fans will enjoy the Final Grand of SIGAL UNIQA Balkan League in Bar."