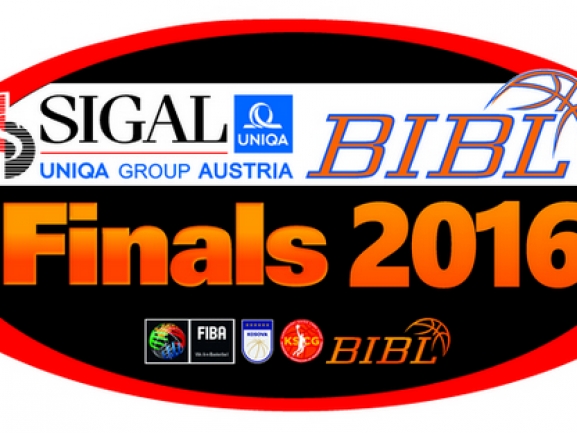 We are days away from the first game from the Finals in SIGAL-UNIQA Balkan League. The players of KB Sigal Prishtina and KK Mornar will be ready to face each other and will show up on Tuesday (April 12) in the packed "Pallati i Rinise dhe Sporteve" in Prishtina. The game starts at 19.30 hrs local time and will be broadcast LIVE on DigitAlb/Supersport, RTCG, BNT and Sportmedia.tv. The Second game is on April 20th at 20.00 local time in Bar.

SIGAL-UNIQA Balkan League wants to present the Official brochure of the Finals. On the front page it includes the official logo of the Finals, along with the logo of the league and those of the federations the two teams represent. On the back page we can see all the logos of all the finals of the 7 seasons of BIBL, the logos of the sponsors that support the league and those of the TV partners of BIBL. 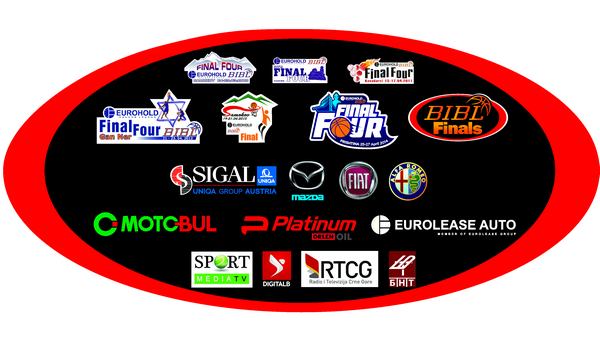 Inside the brochure you can also see the rosters of the two teams, their way to the final, the referees for both games and the statements of Mr. Avni Ponari - CEO of SIGAL UNIQA Group Austria and Mr. Shay Shtriks - Sports Director of SIGAL-UNIQA Balkan League. 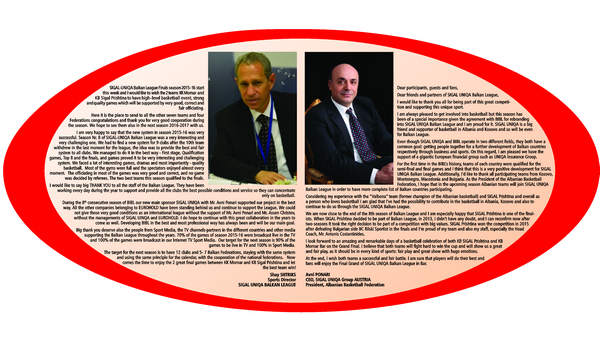 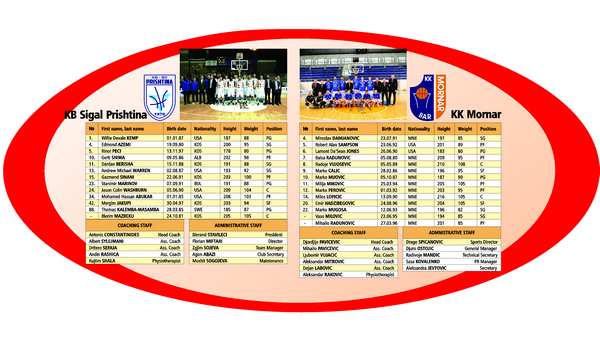 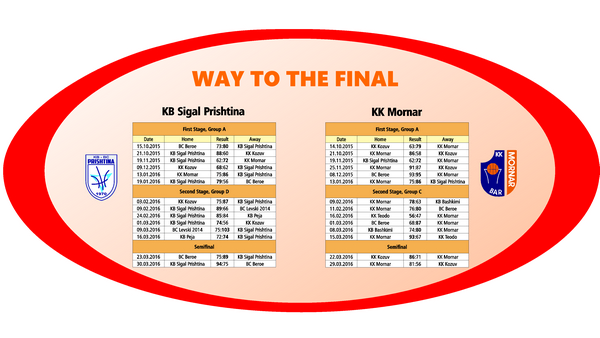 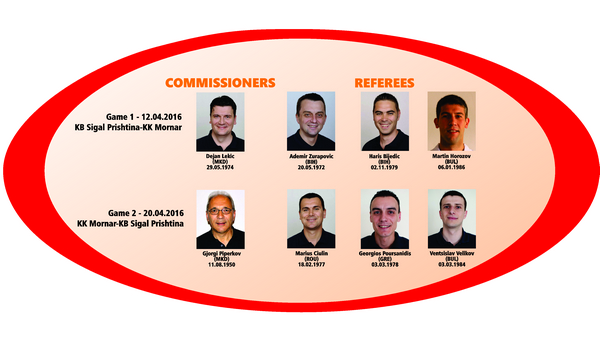