Mohamed Abukar is the MVP of SIGAL-UNIQA Balkan League 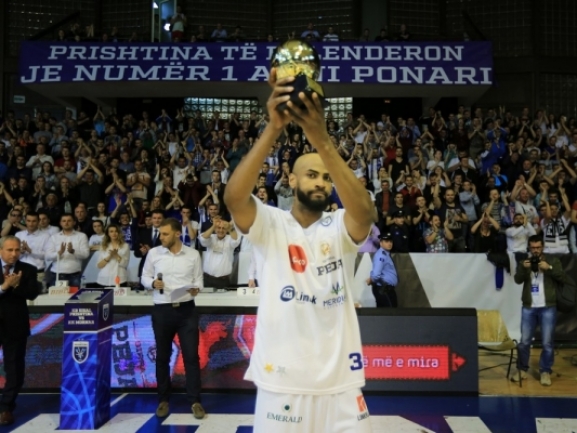 Mohamed Abukar is the MVP of SIGAL-UNIQA Balkan League for season 2015/2016. The power forward of KB Sigal Prishtina has had a very good campaign with consistent performances. He′s played well since his first game in the competition and has been a pain for each team′s defense.

Before the Finals Abukar had taken part in 13 games of SIGAL Prishtina. In those matches he is averaging 18.6 points, 4.8 rebounds, 2.2 assists and efficiency rating of 17.5.

Abukar reached double figures in scoring in each of his 13 matches as he was playing at a very constant level all season. Undoubtedly his best outing was in Stara Zagora during the first semifinal games against BC Beroe. Abukar finished with a double-double of 26 points and 13 rebounds and contributed a lot for his team′s big win which paved the way for the final.

Abukar was presented with the award before the start of the first game with KK Mornar by the Sports Director - Mr. Shay Shtriks.