Avni Ponari: The Balkan League is important for our region 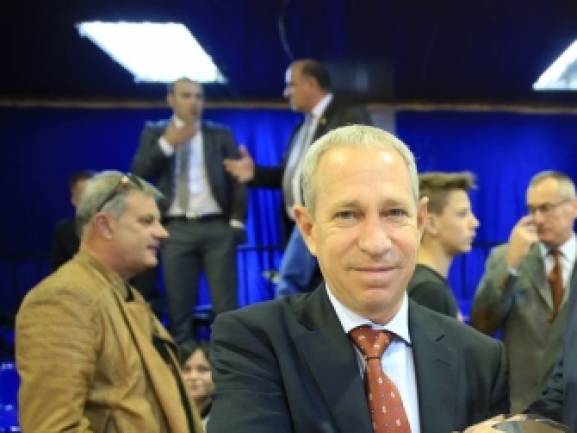 Before the first Final game of SIGAL-UNIQA Balkan League between KB Sigal Prishtina and KK Mornar - Mr. Avni Ponari, CEO of SIGAL UNIQA, received a special award from the Sports Director of the competition - Mr. Shay Shtriks. Then at the half-time break Mr. Ponari had this to say for the match, the season in league in general and for the future:

"Generally the game is very good and I like it.

I′m very happy with the season. I like the league because it′s moving in the right direction. It′s helping the basketball on the Balkans and it′s one of the most important leagues for our region. I hope that next year Albania will again be a part of it.

There are many goals for developing the basketball in Albania but most important is the participation in international tournaments. This year our national teams are also going to be a part of the competitions and we are having a total of 7 Men and Women teams who will be taking part in the different tournaments. This is what we are doing this year. We′ll see for the next one.

I like to have more teams in the Balkan League for the next season. It will be better both for sports and bussiness."