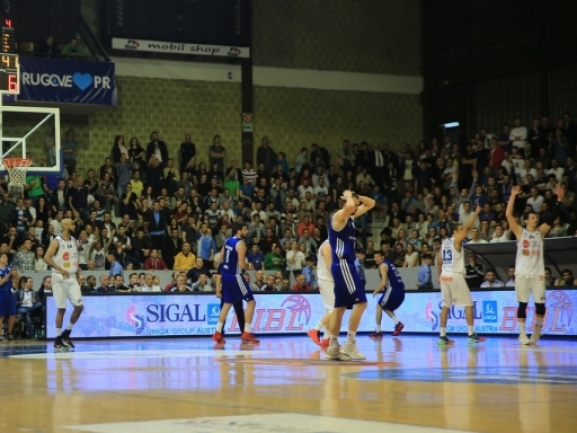 KB Sigal Prishtina defeated KK Mornar 82-68 in the first Final game of SIGAL-UNIQA Balkan League, season 2015/2016. The hosts played better in second and third quarters which allowed them to take a big lead and thanks to this a good advantage before the return match in Bar. Mornar however will surely not back down and will not give up without a fight at home so we can expect an interesting and attractive match-up.

HERE you can Re-live the emotions from this first game and again feel the great atmosphere in Prishtina.