Beroe dominates from start to finish to reach the final 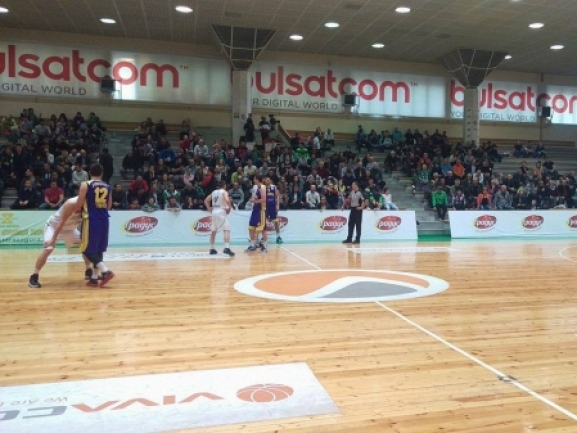 BC Beroe is in the final of SIGAL UNIQA Balkan League in only its second season in the competition. The Stara Zagora team defeated KK Teodo 92-56 at home to win the overall tie with 45-points difference. The Greens left no chance to its opponent after taking the early lead and never giving it up. For Teodo the consolation is that the played a great campaign and surp?ssed all expectations by finishing in the Top 4.

In less than three minutes Beroe already led 9-2 and shortly after the hosts went to 11-2, They had a good advantage until the end of the first period and then an 8-2 start of the second increased it to 17. Beroe then controlled the difference until the break which came with the teams divided by 15 points. The hosts continued to push strong in the third period as well and the lead was increased. It reached 29 points after the end of it which meant that the last ten minutes were just a formality.

Omari Gudul was the top scorer for Beroe with 23 points. Aaron Jones had a double-double with 22 and 10 rebounds as Shane Gibson scored 12.

Milos Popovic was the top performer for the visitors with 26 points and 10 rebounds as Radomir Marojevic added 9 points.