Kumanovo reaches the final after dramatic win over Peja 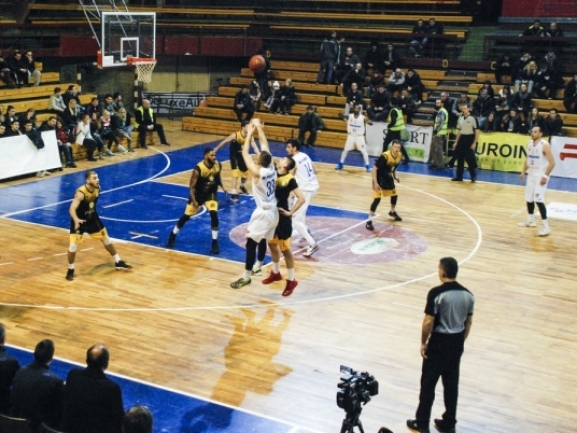 KK Kumanovo 2009 re-wrote its club history by reaching the final of SIGAL-UNIQA Balkan League after defeating KB Peja, 86-80, in its own Sports Hall Kumanovo. The visiting team carried a 4-point advantage into Game 2, but it was not enough.

Now, KK Kumanovo 2009 will face BC Beroe in the final two games for the BIBL trophy for Season 2016/2017. The Kosovan side gained a double-digit advantage early in the first half, and was ahead by 44-37 at half time. The visitors played really well, were controlling the game and were in a very good position.

However, the final 20 minutes were more than exciting and intriguing, and it all came down to the last seconds. 84-80 on a jump shot by Miladin Pekovic was going to force an overtime due to a tie, considering the final result of Game 1, 83-79, but Stefan Zivanovic scored with 5.2 seconds on the board to extend Kumanovo′s lead to 6 points. Peja had one last chance but Veseli contested shot was not good enough and the local people celebrated.

The captain Marjan Janeski led the winners with 21 points and six rebounds. Yonel Brown added 20 points. Dimitar Karadjovski was one rebound shy of a double-double with 11 points and nine boards, while Miladin Pekovic finished by 10 points.