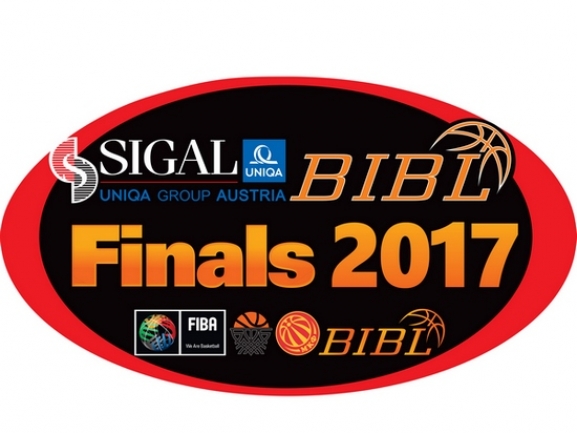 We are days away for the first game from the Finals of SIGAL UNIQA Balkan League. The players of BC Beroe and KK Kumanovo 2009 will be ready to face each other and will show up in "Obshtinska Hall" in Stara Zagora on Tuesday, April 11th, at 18.30 hrs local time. The game will be LIVE on BNT, Sitel TV and SportMedia.tv. The second match is a week later when on April 18th at 19.00 hrs in Kumanovo both teams will meet again.

SIGAL UNIQA Balkan League would like to present to you the Official brochure of Finals 2017. It includes the official logo of the Finals, along with the logo of the league and the federations the teams are representing. We can also see the newest team pictures of both squads and their Way to those last game with all the results in this season. There are also all the logos of the sponsors and partners of the league as well as information regarding the Officiating crew for the first game in Stara Zagora. 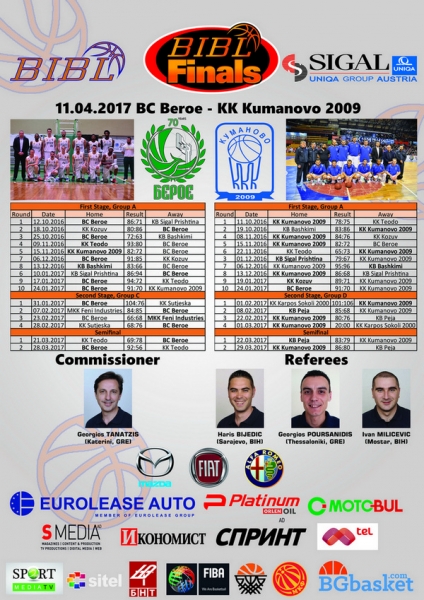