Shane Gibson is the MVP of SIGAL-UNIQA Balkan League 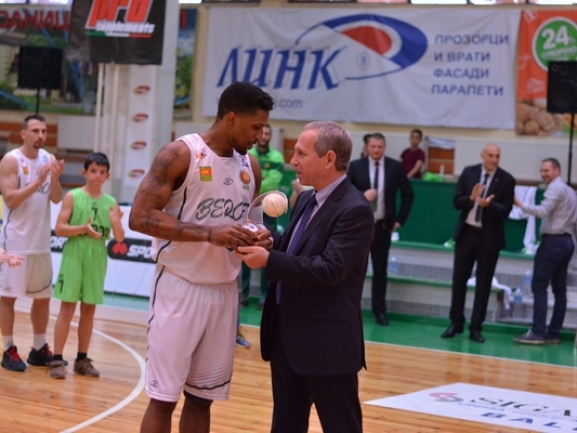 Shane Gibson is the MVP of SIGAL-UNIQA Balkan League for season 2016/2017. The shooting guard of BC Beroe had a very good campaign in which we saw really good performances. He′s played well since the first game and was the main threat for every defense Beroe faced.

Gibson′s best game was against Kozuv back in October when he had 33 points. He left good impression each time he stepped on the court finishing in double digits of scoring in 12 of the 13 contests. Very often the American was the main focus for each team′s defense and his highlight fast break dunks were really enjoyable.

Gibson was presented with the award for MVP before the first game against KK Kumanovo 2009 by the Sports Director - Mr. Shay Shtriks and for the delight of  the local fans.