Nikola Karakolev: Things will be different in Kumanovo 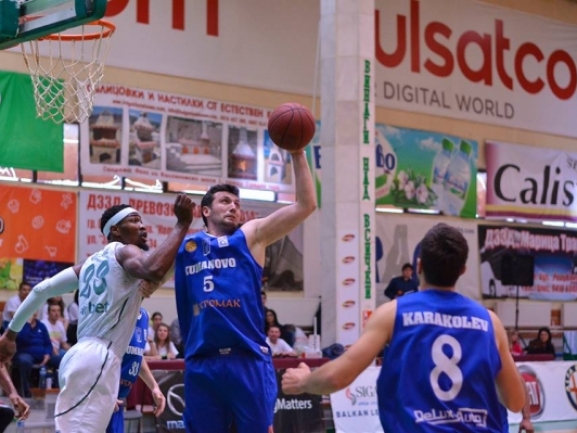 Nikola Karakolev had 2 points and 3 rebounds for Kumanovo 2009 in the first final game against Beroe. His team lost big the the forward still has hopes about the second match. Here is what he had to say after the defeat in Stara Zagora:

"We entered really difficult in the game. We were tired as we had a long trip the day before and it reflected our performance. At the end the fatigue got on us and the difference went up. We didn′t plan it as this but it happened and I hope that in Kumanovo things will be different.

I would like that the people from Kumanovo will pack the gym on Tuesday. I know that the difference is big but I hope we can play well and to play like men. It′s not important whether we are going to lose or not, it will be important to perform good.

I think we have a chance. Why not?"