Marjan Srbinoski: We′ll try to recover for the second game and fight hard 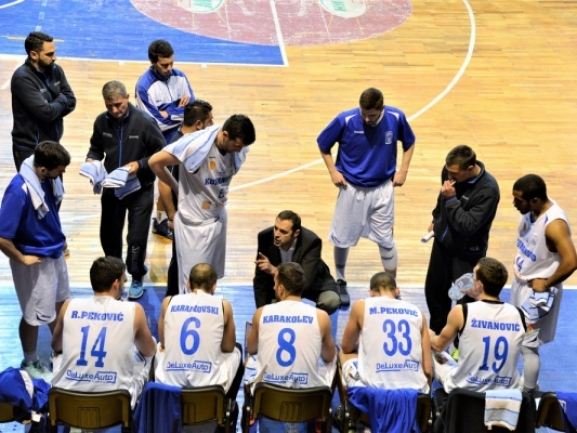 KK Kumanovo was heavily beaten in the first Finals game by BC Beroe. The Macedonians lost by 29 points and will have a really tough task at home. Here is what the head coach - Marjan Srbinoski, had to say after the game was over:

"It′s hard to play in two competitions with just seven players. They were better than us but perhaps we shouldn′t have allowed such a big difference. It was a hard atmosphere, we weren′t ready, we were a bit tired and also didn′t have luck. Some shots went in and out, we missed 10 free throws and it was too much against Beroe. We′ll try to recover as much as possible for the second game and to fight hard.

In the second half we cut some of the deficit and we could′ve done more. But Beroe is playing really aggressive, really tough defense and our centers got tired a lot which made things in offense difficult for us.

We had a bad day, Beroe played an excellent game and I congratulate them. Now we need to prepare for the second game."