It′s time for the final of the season 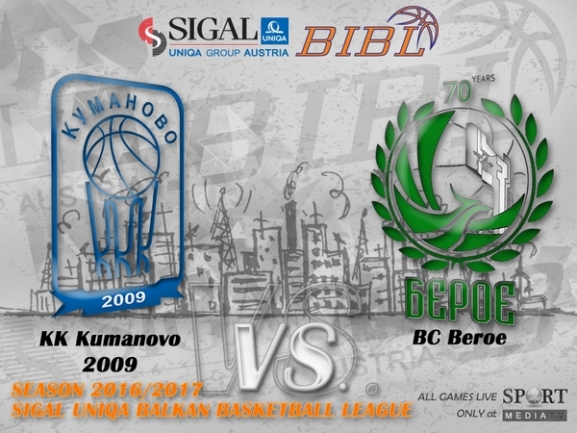 KK Kumanovo 2009 is hosting BC Beroe tonight in the final game of the season. It′s the second leg of the series and the visiting team has more than a good advantage of 29 points.

Despite the big difference Kumanovo will play hard to at least bring some joy to its fans. The home side know that the chances for a turnaround are more than slim but they have to try and at least finish the season with a win. The play of Brown, Karadzovski, Janeski and Zivanovic will be the most important for Kumanovo as they have to step up and led their team.

Beroe on the other side is well aware that it has the trophy in one hand. The Greens′ advantage is great and only a miracle letdown could take away the trophy from them. Raley-Ross and the MVP Gibson will try to lead the fast breaks while Jones, Gudul and Tesija will fight under the basket. Again Beroe will use its deeper rotation in order to have more power to overcome the opponent.

The match will start at 19.00 hrs local time and will be LIVE on TV Sitel, BNT HD and SportMedia.tv.