Beroe celebrates first BIBL trophy in the history of the club 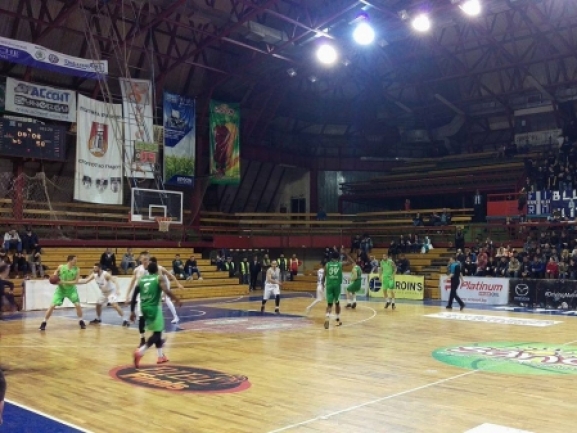 18-04-2017 | 22:58 |
Bulgaria has its third SIGAL UNIQA Balkan League champion. After Rilski sportist in 2009, and Levski in 2010 and 2014, BC Beroe is now the third Bulgarian team to ever win the competition′s trophy.
The Greens celebrated a first BIBL title in the club history after defeating KK Kumanovo 2009 first by 84:55 in Game 1 of the Finals in Stara Zagora, and now 77-73 in Kumanovo, with a total 33-point advantage in both matches.
Meanwhile, the only Macedonian team to ever win not only BIBL trophy, but also an international one, is Feni Industries (in 2011).
Strong first quarter gave the guests an early double-digit advantage, 22-9. Beroe extended its lead to 16 points at half-time, but nothing was over yet.
High-flying Kumanovo after the break cut its deficit and tied the result at 44-44. The Macedonian side limited the opponent to only three points in the first seven minutes of the third frame and took control at 46-45. They made an 18-0 run as the visitors stayed nine minutes with a field goal. Beroe, though, re-gained the lead on a three-point shot by Aaron Jones, followed by his back-to-back dunks for a 62-59 with 7:18 minutes to go, and never looked back.
Brandis Ross led the winners with 17 points. Aaron Jones added 16, and Omari Gudul finished with 11.
Kumanovo′s captain Marjan Janeski answered with 15 points.