BIBL presented an award to the Mayor of Kumanovo 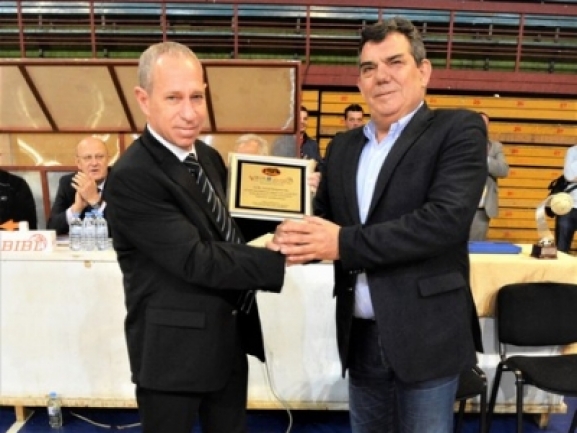 This happened before the second final game of the competition between KK Kumanovo 2009 and BC Beroe. The award was given to Mr. Damjanovski by the Sports Director of the league - Mr. Shay Shtriks.

Mr. Damjanovski is the main reason behind Kumanovo′s success in recent years. He is the one securing the financial stability of the club so his support and contribution to the basketball is really big.