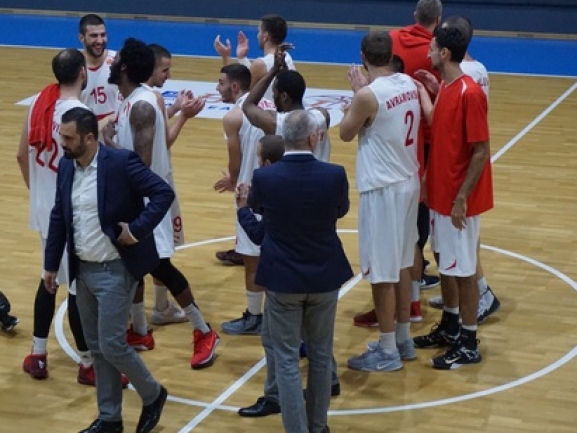 KK Blokotehna-NB came back to the winning ways in Macedonian league. The Gevgelija team hosted Ohrid and did well to take 92-78 victory.

The home side started very good and managed to take an 11-point lead after one quarter. From that moment on Blokotehna controlled the difference and never allowed Ohrid to think about a comeback.

Dwayne Benjamin was once again the best and finished with 20 points and 7 rebounds. Danilo Mijatovic had 19 and 6 while Marjan Mladenovikj added 15 points and 6 assists.

KK Kumanovo 2009 managed to take first win under the new head coach Aleksandar Petrovikj. The BIBL runner-up visited Kozuv and took 82-67 victory. It was the first quarter that was the key one as the visitors went up to a 12-point advantage. In the next three they kept it and had no trouble to win.

After seven rounds Blokotehna is second with 6-1 record while Kumanovo comes in seventh place with 3-4.