The Final Four is back in Samokov 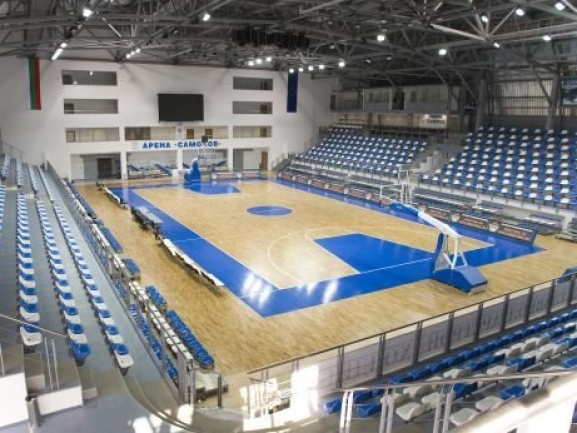 It will be 10 years after the first Balkan League Final Four that also took place in Samokov in the first season 2008-2009 when BC Rilski Sportist made history and won the first ever international title for the club.

After the regular season in the beginning of March 2018 the league sent letter and the regulations for F4 to all 4 clubs participating in the play-off games and to the 2 teams which had already qualified, asking who wanted to host the event, to present to the League official offer by details .

BC Rilski Sportist and KK Blokotehna were the one that sent to the league the 2 best-presented offers  how to host the Final Four fulfilling all the requirements and obligations.

The proposals of BC Rilski Sportist from Samokov and KK Blokotehna from Gevgelija are professional and meet all the conditions under the F4 regulations.

The decision to make the F4 in Samokov came after the league and KK Blokotehna could not secure the TV live broadcast in Macedonia of the 4 Final Four games due to technical non-availability of the Macedonian National TV although the Macedonian Basketball Federation in the face of its President Mr. Petar Naumoski did their best and tried to find a solution for which we are thankful.

Bulgarian National TV as BIBL main media partner for the last 10 seasons stood again behind the competition and the Bulgarian basketball and have previously declared HD production and broadcast coverage of all 4 games so that the basketball audience in Bulgaria and abroad will be able to celebrate together with all of us.

Final Four 2018 is the top basketball event of the league but it is also the celebration of our 10th anniversary season as international competition uniting clubs, fans, players, referees, sponsors, sportsmen from all over the Balkan Peninsula.

We believe in our decision and we are sure that with full cooperation between BC Rilski Sportist management and BIBL management the event of Sigal UNIQA Balkan League F4 2018 will be successful one and all 4 clubs, referees, guests and most importantly - the basketball fans will be part of a  high-level basketball international experience which shall finally turn into a celebration.

As we have always been saying in BIBL for the past 10 seasons “may the best team win”!