A third time for Samokov 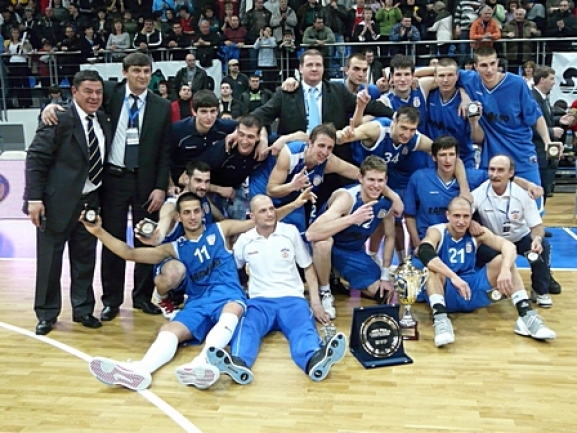 Arena Samokov and the city of Samokov will host the Balkan League Final Four for a third time in its history. The first time of course is in the inauguarl season of the competition which happened just months after the gym was open. It was back in 2009 wheh the best four teams in the league in that period fought for the trophy. The hosts Rilski Sportist became the first ever champion of the competition after beating Macedonian side Rabotnicki 84:77 in the final.

Four years later - in 2013, Samokov again hosted the Final Four. This time the hosts were ousted in the semifinals by Levski but The Blues eventually lost the final to BC Galil Gilboa 79:87 in overtime.

Of course Arena Samokov hosted the BIBL final game in 2015 when Rilski Sportist played against Sigal Prishtina for the trophy. The hosts though again came up short and the visitors were crowned champions.

Now in 2018, in the 10th edition of the Balkan League, the trophy again will be presented in Samokov. Of course once again we expect some great clashes like it has always been during the Finals of the league - regardless of their format. So that′s noone should have doubts whether to visit Samokov for the weekend of 14th and 15th of April in order to become a part of this basketball celebration.