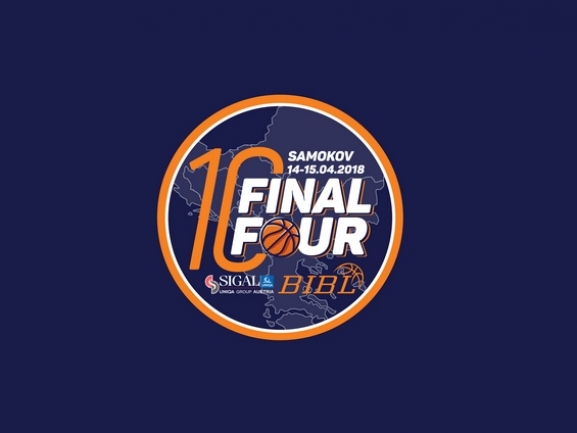 SIGAL-UNIQA Balkan League′s Final Four is in less than two weeks and will be played in Samokov. This being the 10th anniversary season of the competition and of course having the tradition over the years of trying to be innovative - we created a special logo for the Finals.

The Final Four will be played on 14th and 15th of April. Besides the hosts BC Rilski Sportist, the only other qualified team is KK Blokotehna. On Wednesday we′ll know the last two teams that will fight for the trophy.

All the Final Four games will be broadcast LIVE on BNT and SportMedia.tv.