Big win and a Final 4 place for Levski Lukoil 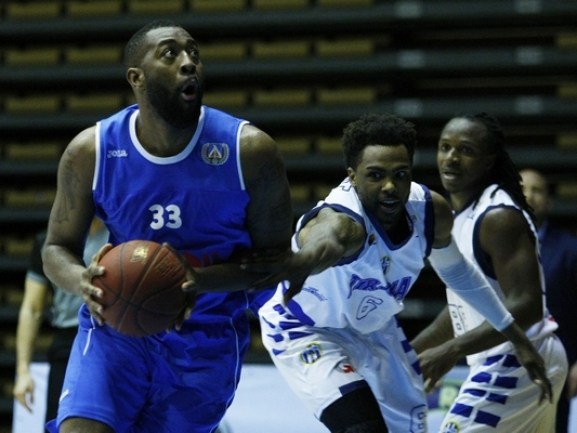 BC Levski Lukoil is through to the Final Four of SIGAL-UNIQA Balkan League. That became fact after The Blues from Sofia defeated SK Tirana for second time, now by 98-75. They had problems just at the start of the game but after taking the lead in the second, never looked back. Levski had won the first game by 6 points difference so the team not only managed to keep it but even increased it. In the semifinal The Blues will meet KK Blokotehna on April 14th.

Tirana started the game really well and scored the first 9 points. Of course then Levski managed to answer and with 12-3 run tied the score. After that both teams kept exchanging points as the visitors were doing fine and were up after ten minutes. An 8-0 run in the second period gave the hosts a 5-point lead and later when they finished better the first half, their lead reached double digits. After the break the hosts continued to play very hard on defense and that paid off. They made a 16-2 run which gave them a 26-point advantage just before the end of the third quarter and it was more than enough until the end.

Stanimir Marinov was the top scorer for the winners with his 17 points. Bozhidar Avramov did well with 14 and 6 assists as Omari Gudul added 13 points.

The visitors were led by Gerti Shima who had 20 points, 9 rebounds and 5 assists. Endrit Hysenagolli had 16 points as Charles Strowbrigde added 14.