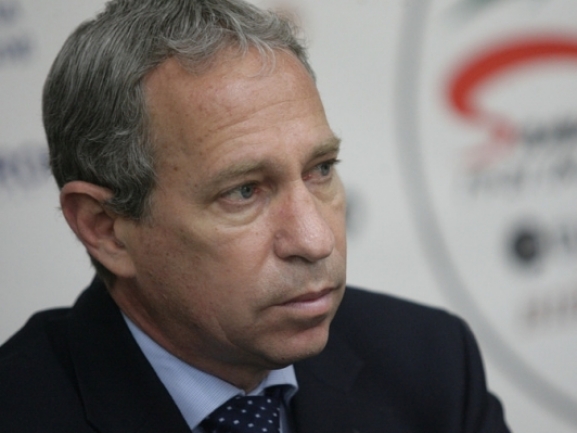 We are just a few days away from the Final Four of SIGAL-UNIQA Balkan League. The teams are already preparing for the competition that will decide the winner of the 10th anniversary season of the league. Here is what the Sports Director - Mr. Shay Shtriks, had to say before the Final 4 in Samokov:

"SIGAL UNIQA Balkan League Final Four, taking place on Saturday 14.04.2018 and Sunday 15.04.2018 is the BIBL peak celebration of the season. These are the final games. This is a moment which no one in 2008 believed that it could be done and we in BIBL with the support of our partners and sponsors reached to this historical point in our short but though long history.

We proved and we are proud that we created 10 seasons ago pure sports basketball project that has been supporting the basketball in the Balkan region, a lot of clubs, referees and basketball fans enjoyed and will enjoy in the future our professional and good basketball project, which is clean from any politic and non-sport interests.

I am very happy to say that the system of season 2017-18 as one league proved itself as well. During season No 10 we had a lot of interesting games with the highlight up to now was in the Playoffs and we saw that any team can and will qualify to the Final Four if they play to the end of the season in the most professional way. The officiating during the season, with a lot of young and new referees in general was very good and correct, and no game was decided by referee’s decision. The best 4 teams this season qualified for the Final Four.

In the 10th consecutive season of our league, I would like to thank our main sponsor Sigal Uniqa and Mr. Avni Ponari himself for standing behind us and continuing to support the league for third season in a row. We do hope that the very good cooperation will continue in the future. Moreover, I would like to send big thank you to Mr. Assen Christov and the whole management of EUROHOLD for continuing already 10 seasons to support the project. We could not provide those very good conditions as an international league if it were not for all of them. It is the longest and strongest cooperation between any basketball organization and their sponsor and for that I am enormously thankful, and I do hope to continue with this great collaboration in the years to come as well.

I would like to send big THANK YOU to all the staff of the Balkan League. They have been working every day during the year to support and provide all the clubs with the best possible conditions and service so they could concentrate only on basketball.

Big thank you to BNT and its sports department for supporting the Balkan League throughout the years and this particular season again. Most of the games of season 2017-18 were broadcast live in the TV and 100% of the games were broadcast in our Internet TV Sport Media and YouTube and I would like also to send big thank you to all the people from Sport Media for working together with us.

We are facing now historical 10-year-event -  Final Four 2018 in Samokov. The first one of season 2008-09 took place also in Samokov. Four clubs BC Rilski Sportist, Levski Lukoil, KB Bashkimi and KK Blokotehna will compete for the title of BIBL Champion 2017-18. I am sure that we will have high-level basketball event, strong and quality games which will be supported with very good, correct and fair officiating.

Now comes the time to enjoy the 4 great final four games between 4 very good basketball teams and as we say already 9 seasons MAY THE BEST TEAM WIN!"