BC Levski Lukoil: We are always playing to win 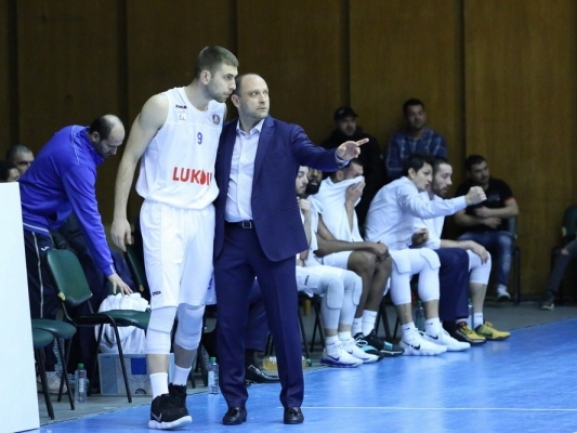 BC Levski Lukoil is one of the favourites for the trophy in SIGAL-UNIQA Balkan League and it is for a good reason. After New year the team was strengthened a lot after getting a new and strong sponsor, and despite a tougher than expected start, in recent games The Blues are playing better. That′s why they are entering the Final Four with good confidence but are of course also aware that in one game anything can happen. Before the F4 we reached out with five questions to all the teams for the President, the head coach and one player. Here are the answers from BC Levski Lukoil:

Todor Stoykov, president of BC Levski Lukoil: "Our team is always playing for the win and looking to get it regardless of the opponent and our current abilites. The Balkan League is a chance for us to gain more experience, to become better with each game and if of course there is an opportunity, to try and win the competition. The big goal for Levski Lukoil this season remains just one and it is to win the Bulgarian championship."

Konstantin Papazov, head coach of BC Levski Lukoil: "One month after losing the cup final, Levski Lukoil managed to improve its performance, its chemistry and its class. I don′t know if that will be enough for a win against Rilski Sportist who is euphoric now but first we need to think for our semifinal against Blokotehna which has played really strong all season.  We are working extremely focused and with the only thought of winning the trophy because when Levski Lukoil is on the court, the only ambition of the players, the coaches and the management is to win.

This is the 10th anniversary edition of the Balkan League. Levski Lukoil′s participation in the competition is positive for us as an organization although early in the season when we confirmed our participation we had other ambitions but also different possibilities. At the time we were led by the idea to give our young players a chance for development and gaining more experience. Then, when we became Levski Lukoil it was normal for our ambitions to become higher which means to to become champions. We′ll try to achieve it with strong performance during the weekend in Samokov."

Bozhidar Avramov, player of BC Levski Lukoil: "We are all looking positively and are motivated before the game. I think it′ll be an interesting Final Four which I′m hoping we′ll win. If you play with a good mood and manage to follow our game plan, I believe we won′t have any trouble to lift the trophy in Samokov."