BC Rilski Sportist: We need to go step by step 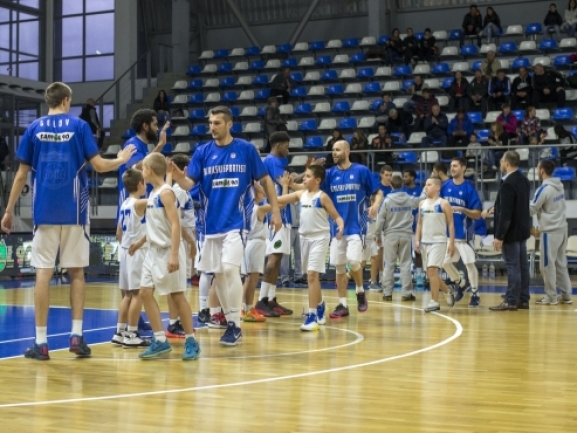 Rilski Sportist will host its third Balkan League Final Four and will hope to win its second trophy. The Samokov team won the first ever season of the competition and then lost in the semifinals in 2013 so now they′ll be hoping to lift the cup again having also finished first in the Regular season.  Before the F4 we reached out with five questions to all the teams for the President, the head coach and one player. Here are the answers from BC Rilski Sportist:

Petar Georgiev, president of BC Rilski Sportist: "The Balkan League means a lot to us because we were the first ever winner when the competition started. Rilski Sportist is always very serious when playing in this tournament and always has a gold to defend its name and fight for the top position. Having again the Final Four in Samokov and this being the 10th anniversary season, I′m hoping to win. However this is sports and whatever happens, happens. I wish to all participants and guests a pleasant stay in Samokov and may the best team win."

Ludmil Hadjisotirov, head coach of BC Rilski Sportist: "I hope that we can have all of our players healthy for the F4 in Samokov. If this happens I feel like we have pretty good chances to represent the club and the town well in the final stage of the competition. The preparation is going well as we have time to focus on our opponents.

We finished first in the regular season in BIBL and this has happened for the first time in the history of Rilski Sportist. Now comes the most important stage with the F4. I expect a tough game against Bashkimi, which improved its roster and performance since the last time we played them. Overall, BIBL has been very positive experience so far for us. We got a chance to play extra games, to keep good match rhythm and to improve our team game and chemistry."

Yordan Bozov, player of BC Rilski Sportist: "It′s been a long regular season and we are proud that we finished first in the standings before the Final Four. I think we are very motivated to finish this european tournament good and try to win the title front of our home fans.

The most important will be to approach this Final Four step by step and to stay calm, focused and concentrated during these two days."