Shakir Smith: We kept fighting but came up short 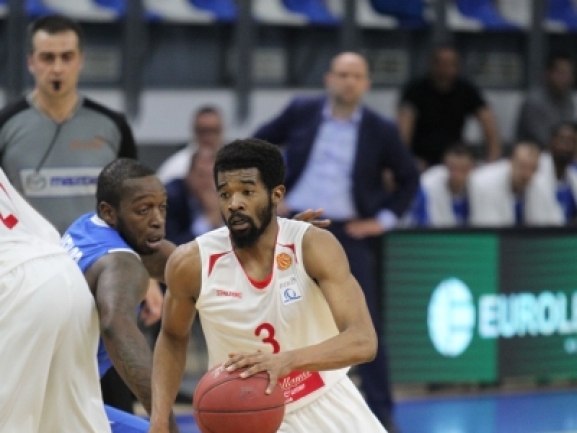 Shakir Smith was one of the best players for KK Blokotehna-NB semifinal defeat against BC Levski Lukoil. The American finished with 21 points but unfortunately for him that wasn′t enough to get the win. Here are his words after the game was over:

"Basketball is a game of runs. We had our run early, they had their midway. We just kept fighting but in the end they happened to go up when there was not enough time left and we came up short.

We had a few guys out which hurt us a little bit. It′s a long season so I think it had an influence. We still fought hard, at a 120 %, so that was fine from our side.

We are going to come out and play hard in the next game as well. We′ll go for the win."