Ludmil Hadjisotirov: We didn′t have a good organization on offense 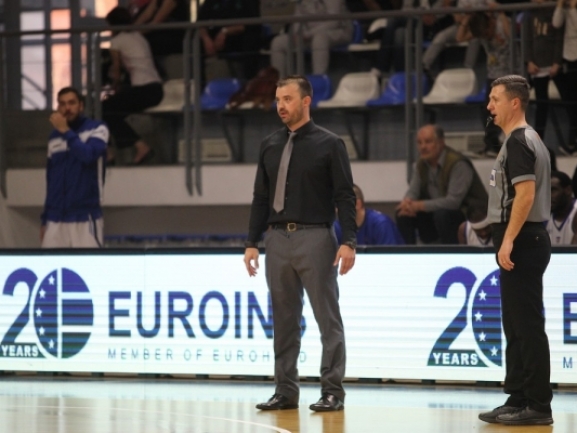 The hosts of the Final Four BC Rilski Sportist′s ambitions for a trophy came to an end after a heartbreaking defeat in the semifinal against KB Bashkimi. Here is what the head coach of the team Ludmil Hadjisotirov had to say after the loss:

"There was a lot of pressure in our players, more than the necessary one, and it reflected at the start of the game. Then we had a very strong second quarter and we were in a situation to win the game at the end as we needed just one defensive stop. However a foul was called with 3 seconds to play and they took advantage of it. The bigger problems tonight was our offense - we had 17 turnovers and we didn′t have a good organization against their zone defense.

We had some bad offenses at the end when we didn′t take the right decisions. We didn′t attack well the zone defense, we were counting just on our outside shot which wasn′t going in all game. We shot 7 of 35 behind the 3-point line which is 20% and it all reflected on the scoreboard. We didn′t play as we should′ve.

Obviously this is a big dissapointment for us. However we′ll try to get our heads high for the game for 3rd place and finished the BIBL season with dignity against a strong team like Blokotehna."