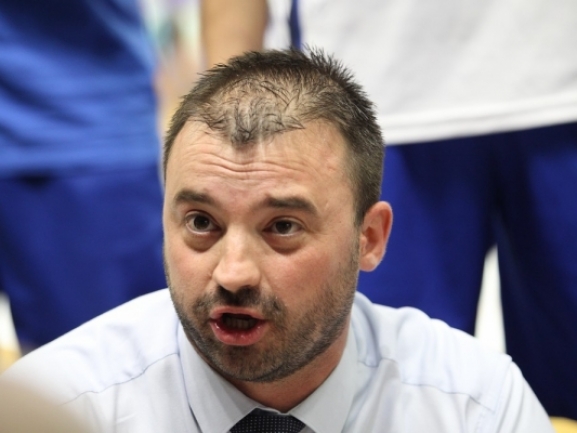 BC Rilski Sportist finished third in SIGAL-UNIQA Balkan League after the team defeated KK Blokotehna-NB in overtime. This is what the head coach of the team Ludmil Hadjisotirov had to say after the match was over:

"Today once again we were in a situation at the end when we had to make one defensive stop like it was yesterday. This time we managed to do it in order to go to overtime when I think we played much better. We played smarter and it wasn′t easy to do so after yesterday′s defeat and the expectations that we had. It was difficult to motivate for an early game against such a strong team like Blokotehna with good players and very good coach but I′m happy we did it and finished the Final Four with a win.

Our bad 3-point shooting percentage is not only due to the pressure. In the last few weeks we had a lot of injury problems and we weren′t able to practice well, to be in rhythm and to be in the best possible condition. That reflects on the players regarding this aspect of the game."