Konstantin Papazov: We had no choice but to win 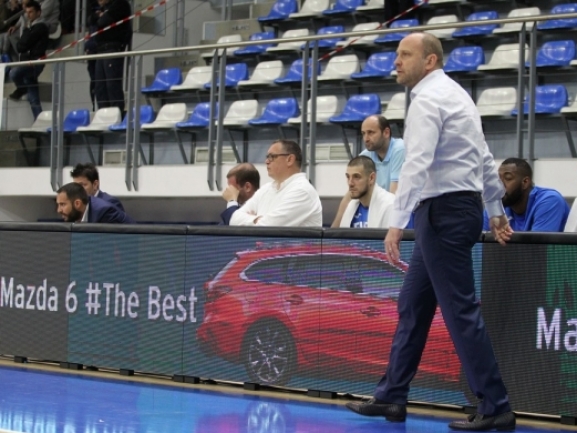 BC Levski Lukoil won the SIGAL-UNIQA Balkan League trophy after beating KB Bashkimi in the final. After the end of the game the head coach Konstantin Papazov was happy with his team and the performance of the players. Here is what he had to say after the game was over:

"We had our doubts last summer whether to participate because our financial situation was really hard. We decided to play in the competition due to the young players who are now in Academic Sofia. After Lukoil became our sponsor we had no other choice but to win the trophy. I know that Bashkimi made us a present on Saturday evening. If Rilski Sportist was our opponent it would′ve been much harder and more difficult. Our team is going up with each day. Our exterior players are performing very well and Stanimir Marinov and Bozhidar Avramov are very very consistant. This success however is thanks to the whole team.

I want to thank Mr. Zlatev and Lukoil. This win is also a present for the fans of Levski who I know will be with us soon."