Todor Stoykov: I′m happy with both of our wins 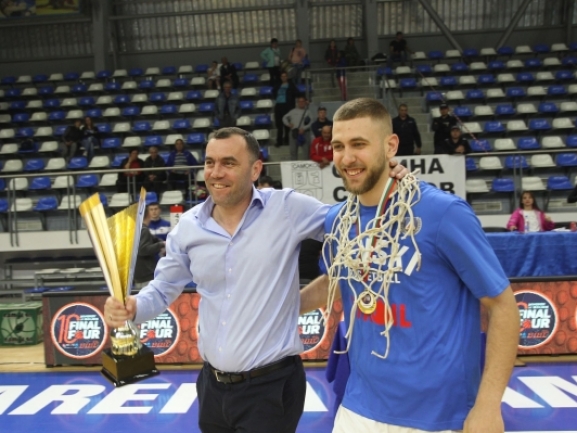 The president of BC Levski Lukoil - Todor Stoykov was happy with his team winning SIGAL-UNIQA Balkan League trophy. He also added that The Blues have more potential and he is hoping that it will show up. Here are his words after the team won the competition:

"I′m happy with the fact that we won the competition and with our wins in both days. There is always something to wish for from your performance because our team has much bigger potential.

I′m happy that Marinov and Avramov played an important role but I′m worried about the bad performance from the foreign players who normally have to be bigger contributors in a team. We can see that there is a change and I′m hoping that in the future we′ll play even better because we have one main goal and we need to chase it."