Dragan Radovic: We didn′t have enough for another surprise 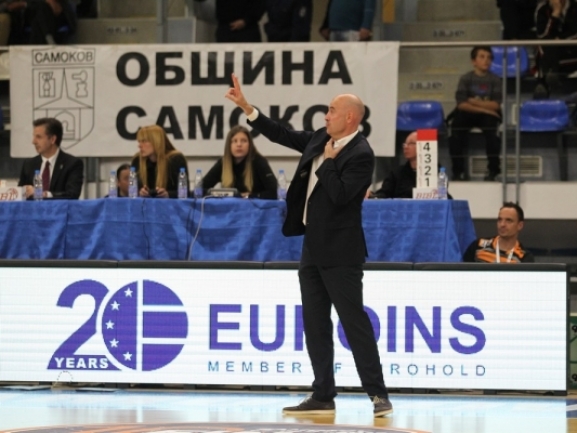 Dragan Radovic is the person who changed Bashkimi′s fate this season. After he came back to the team, its performance improved and it peaked with the final in SIGAL-UNIQA Balkan League. The Prizren side lost it but nevertheless they showed a lot of good things. Here is what Radovic had to say after the loss against Levski Lukoil in the final:

"I think we didn′t have enough strength and energy to make one more surprise. It′s difficult to play two hard games in two days with a short rotation.

I think we gave our maximum and there′s nothing to fault the players about them. I congratulate them for their performance, for the fight they put in and the result they achieved. I also congratulate Levski for winning the title.

I can say I′m happy with what the team showed in last two months in games and practice sessions. I′m hoping that we′ll continue to improve until the end of the season in Kosovo league and we′ll try to win it."