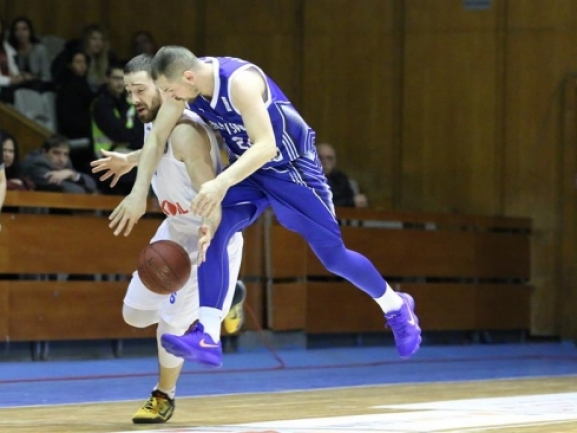 BC Levski Lukoil took 1-0 lead in the semifinal series against Rilski Sportist. The Blues won the first game 90-69 after leading from the start and shooting well from long range.

After one quarter the hosts were up by 9 points and then the lead reached 15. Rilski managed to cut the gap to just 5 but in the third period Levski again made it to double digits. Shortly after the last one started the difference reached 19 points and the rest of the game was just a formality.

Keith Clanton was dominant under the basket with 17 points and 6 rebounds. Pavlin Ivanov scored four triples on his way to 16 points as Nemanja Milosevic added 13.

Derek Wright led the visitors with 15 points as Zlatin Georgiev had 14.