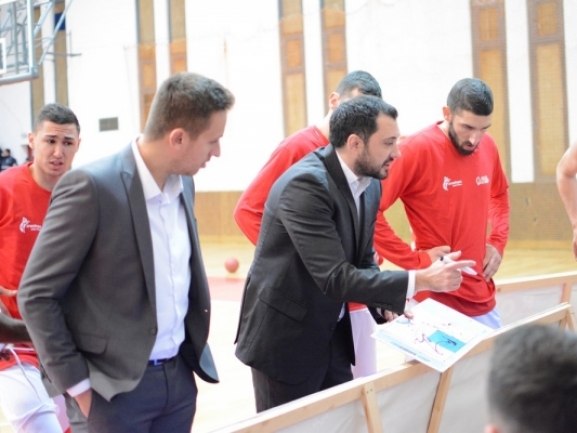 KK Blokotehna-NB suffered a defeat in its last game of the first part in the Macedonian league. The Gevgelija team visited Kumanovo but wasn′t up for the task and lost 65-86. The hosts pretty much decided the outcome in the first half when they played very good defense and went up by 18 points which was enough for them.

Bojo Djumic was the top performer for the visitors with 22 points and 11 rebounds as Marjan Mladenovikj had 15 points.

The other Gevgelija team - KK Kozuv had no trouble in beating Shkupi 118-71 at home. There was really no contest as the hosts took a 19-point lead after ten minutes and controlled the game after.

Vladimir Ivelja was the top scorer for the winners with 22 points as Boris Sutarov and Tomislav Petrov had 17 apiece.

After this round Blokotehna is currently third with 15 wins and 5 defeats while Kozuv is 5th with 11-8 record.