CJ Wilson: We wanted to play the best defense we can 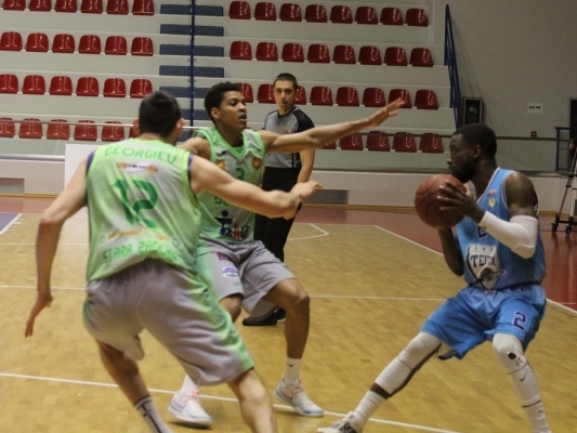 CJ Wilson was Teuta′s top scorer with 20 points in the team′s historic win over Beroe. It helped the Durres side qualify for the final in the team′s first ever season in the Balkan League. Here  is what the American had to say once the game was over:

"We really wanted to just come out and play as best in defense as we can. Obviously they have some great players, they are coached really well and we wanted to come out to play well on defense and try to pick the right spots on offense and moving the ball around. All week we′ve been shooting extra and were hoping to make a lot of shots. We just did that and later down the stretch after they made a run, we made a run, made couple of stops and just finished it up.

We expected them to make a run after the break because they were the favorites and obviously everybody wants to win. After their run, we took a time out and came out after it, made some stops in a row, scored some basket and that kind of led us until the end of the quarter and eventually in to the fourth.

Blokotehna is missing their best player and I was really sad he is out for the Final Four. They are a great team, they played strong, they are physical and are fast. They do a lot of action, motion, they play a lot of zone on defense but I thinl we′ll be fine. They are doing the same things as we do but if we can do what we did against Beroe - come out really strong on defense and hopefully the ball will bounce our way and we′ll become champions."