Gruev lifts Academic Bultex 99 over Beroe for the bronze medal 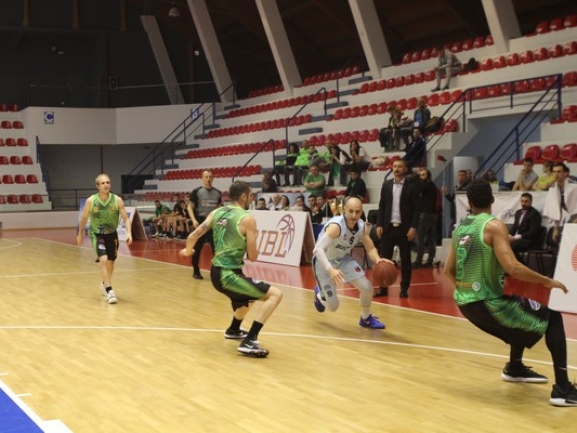 BC Academic Bultex 99 finished the Balkan League season with the bronze medals. In the game for 3/4 place the Plovdiv team defeated BC Beroe 86-57 in a Bulgarian battle after leading from the second quarter until the end. Academic managed to make a good run and pulled away, they recovered from a bad beginning of the second half and controlled the game after. It′s a first ever medal for Academic while for Beroe the dissapointment is huge given the fact that they were the best team in the Regular season but failed to win a game at SIGAL UNIQA Balkan League Final Four.

Beroe had the better start and took an early 10-2 lead. Then Academic finally "woke up" and managed to tie the score at 15 but then The Greens quickly restored their advantage to be 3 up after ten minutes. The second quarter started on an 8-0 run for the Plovdiv team and it took its first lead. Then Beroe managed to tie the game but Academic was the one who went ahead again and later finished the half on a 13-2 run to go up by 13 after 20 minutes of play.

A 10-2 start to the second half put Beroe right back in the game but then Gruev′s fourth triple started a 10-0 run which gave Academic its biggest lead so far - 15 points. In the next few minutes the teams exchanged baskets but the dfference was pretty much the same. It was 15 after 30 minutes as well and it happened because Hristov scored a triple from 9 meters with the buzzer. In the final quarter Academic controlled the difference and never allowed its opponent to come close and have any chance to come back.

Academic hit 11 triples compared to Beroe′s 7 which gave the team an advantage. Additionally The Greens missed 13 from 18 free throw attempts and this is pretty much where the difference came from.

Aleksandar Gruev was the top performer for the winners and was key in the first half eventually finishing with 21 points and 4 assists. Nikola Vujovic added 12 and 9 rebounds as Troy Franklin had 11 points.

Beroe was led by Tre Coggings who had 13 points. Trenton Jennings had a double-double with 11 and 11 rebounds as Conner Frankamp added 10 points.