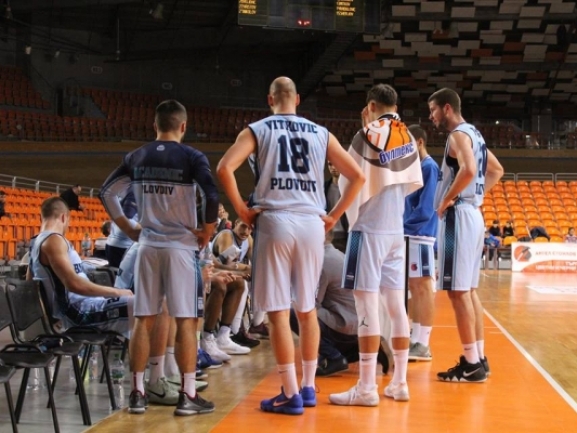 BC Beroe recorded its third straight win in Bulgarian league. The Stara Zagora team defeated Cherno more 105-88 in the penultimate round of the Regular season. The game was pretty much decided in the second quarter when the visitors outscored teir opponents 30-12 to go up by 16 at the break. After it the hosts cut the deficit to 6 but didn′t have any real chance to win.

Nikolay Stoyanov was the top performer for Beroe with 22 points, 8 rebounds and 3 assists as Conner Frankamp had 18 points and 6 assists.

With a round to go Academic Bultex 99 needs one more win to secure the 4th position before the playoffs. The team defeated Yambol 90-82 at home and will keep that place if it beats Cherno more in the last game. With a good second quarter the hosts managed to increase the advantage to 9 points after 20 minutes. In the third it reached 16 and although the visitors made a run, they had no possibility to get the victory.

Peter Olisemeka had 23 points and 9 rebounds for the winners as Nikola Vujovic added 15 and 8.

Before the last round Beroe has 18 wins and 5 defeats and can′t be moved from the second place as Academic is tied for 4th with 12-11 record.