Domestic leagues: Beroe is in the semifinal, the season for Academic Bultex 99 is over 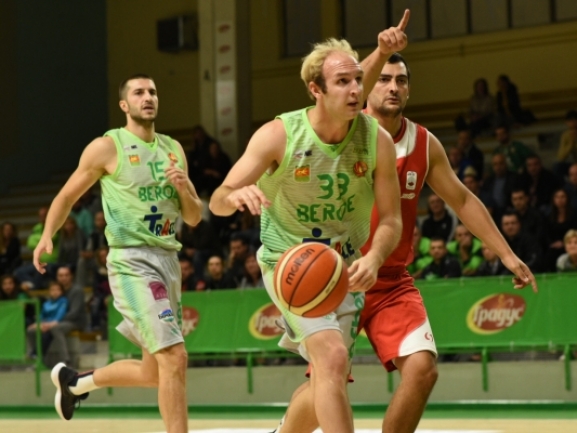 BC Beroe managed to reach the semifinal round of Bulgarian champinship for second time in its history. In Game 2 of the quarterfinal series against Yambol, The Greens won 99-64 away from home took a 2-0 victory. For a place in the final Beroe will play Balkan in the best-of-5 series.

Beroe had 11 triples compared to just 3 for the hosts which proved to be a big difference. A 12-0 run in the second quarter gave Beroe the lead for good although at the break the difference was just 2 points. After it though the visitors never gave their opponent a chance and cruised on for the victory.

Aleksandar Yanev and Conner Frankamp had 18 points apiece for the winners as Tihomir Zhelev added 14.

In the meantime the season for Academic Bultex 99 is over. The Plovdiv team lost to Rilski Sportist for second time in a row and was ousted from the playoffs. This time the Samokov side won 83-77 at home and advanced to the top 4.

A good start for the visitors gave them 12-point edge after one quarter but at the break the difference was just 5. After 30 minutes the things were turned as Rilski was up by 5 and then led until the end managing to keep a small lead and get the win.

Vasil Bachev had 16 points for Academic as Peter Olisemeka added 14 and 15 rebounds for a double-double.