Domestic leagues: Important one for Blokotehna, Kozuv lost a thriller 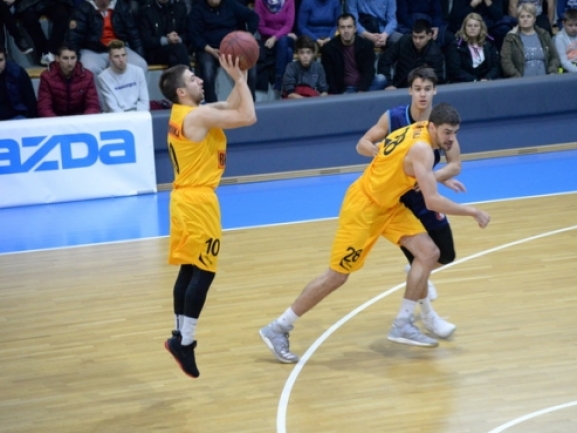 KK Blokotehna-NB recorded a very important win in the battle for 3rd place in North Macedonian Superleague. The Gevgelija team visited Gostivar in a direct battle and took 78-66 victory thanks to a great start. After one quarter the visitors went up by 11 points and controlled the game after. The hosts tried to battle back and at times were close but Bloko answered all their attempts.

Brandon Penn was the top scorer for the win with his 23 points as Marjan Mladenovikj also did well by adding 22 and 7 assists.

In the same round KK Kozuv missed a great chance to defeat the leaders MZT Skopje in their home. The Gevgelija team played a very good game but eventually fell short and lost 88-89 in an overtime thriller. Both sides had a chance to win in regulation but missed them and in the extra period it came to the final seconds. With three minutes to play Kozuv went up by 3 but didn′t score after. The hosts also didn′t do well as they added just a point before hitting the decisive triple with 17 seconds to go. There was time for the visitors to try and win but Williams missed and MZT celebrated.

Igor Kesar had a double-double for the visitors with 20 points and 11 rebounds as Devaughntah Williams also did well by adding 17 points and 8 assists.

With four rounds to play Blokotehna is third with 19 wins and 7 defeats while Kozuv is 5th with 13-13 record.