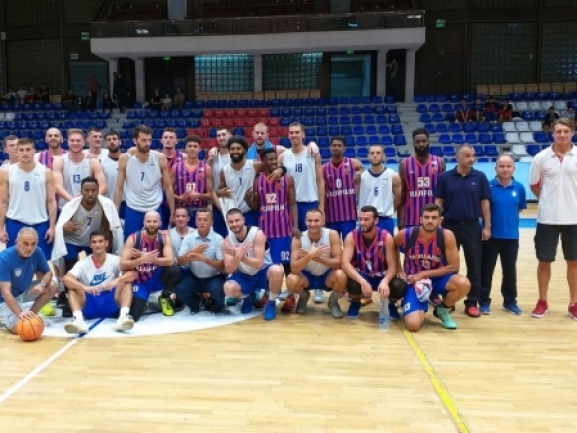 KS Vllaznia decided to travel to Kosovo to play two friendly games as part of the preparation for the upcoming season. The Shkodra side met the champions KB Prishtina and then KB Bashkimi but lost both contests.

The first one was in Prishtina as the local team won 90-59. However it was a good start for Vllaznia as after ten minutes the team was down by just 2 points. After a very good second quarter though the hosts moved up by 17 at the break and after 30 minutes the difference reached 22 points before the game ended with 31 after the final buzzer.

The second match was played in Prizren and in a much closer contest the hosts won 75-73. Vllaznia however played better for most part of the game as thanks to a good performance in the second and then in the third quarter, was leading by 12 points before the final ten minutes. In the last period though the hosts managed to take advantage of the fatigue the players from Shkodra had and took the victory.

Despite the two defeats the coaching staff and the management of Vllaznia felt those games were a good test and one more step towards building a better chemistry between the players.