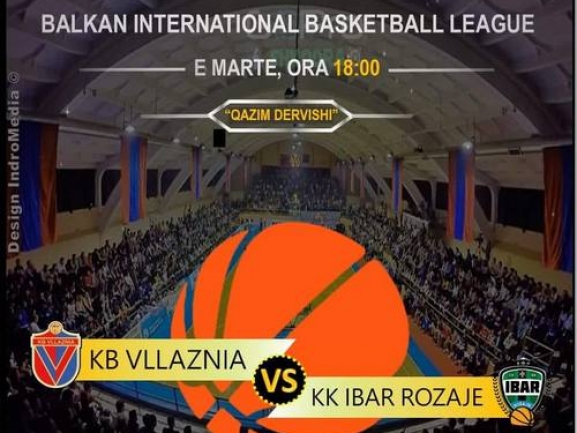 We are ready to start season Nr. 12 in the Balkan League. We are hours away from the Opening game of the competition which will mark the beginning of the new campaign. At 18.00 hrs local time in Shkoder, the local KB Vllaznia will host KK Ibar from Rozaje and the game will be broadcast LIVE on Albanian National TV (RTSH channel) and YouTube.

Vllaznia is coming back to BIBL after four years of absence. The team is having bigger ambitions than the last time and has already shown that with a good start in the local league. Robert Shestani is the roster′s most familiar player with BIBL as he played with Tirana and Teuta in the competition. There is also an ambitious coach in Nikolay Gospodinov who will look to do as best as possible. The American Voss, Hudson, Evans and Perine are supposed to lead the team and their performance will be crucial to the team′s results.

On the other side we are having Ibar Rozaje also making its return after a season of absence. The Montenegrin side relies heavily on local players from its youth ranks who are now grown and hoping to make an impact. They′ll use the competition to gain more experience and will try to get as more wins as possible. Nemanja Gavranic will play against his former team Vllaznia tonight while he and Marko Ljujic will be crucial to the side. The most experienced on the roster is Nedim Felec who was here last time and alongside Admir Nurkovic will try to help Gavranic and Ljujic on the court.