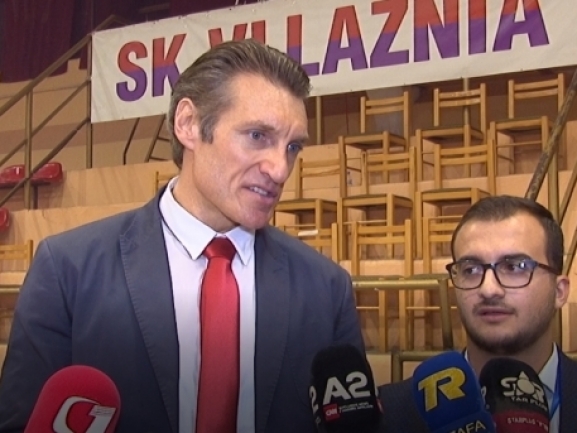 KB Vllaznia′s return to the Balkan League was not a happy one after the team lost at home to KK Ibar. Here is what head coach of the Albanian team - Nikolay Gospodinov had to say once the match was over:

"We didn′t play the last offense in a good way, it wasn′t smart. I told them earlier to attack the rim instead of shooting from far away. They were in bonus and that′s why I told the players to penetrate in order to draw a foul or score. However they made the worst possible decision was to shoot when the opponent team is in bonus.

What I wanted in this game is to win this game because in the previous participation of Vllaznia in BIBL, the team didn′t have even one victory. I wanted to win to give it as a present to our incredible fans because they were one of the reasons for coming back from 11 down to a shot for winning the game. They gave us energy, supported us and it′s why I wanted that victory for them.

The league will be good because there are good teams. We′ll do our best in each game in order to win in Shkoder and why not away."