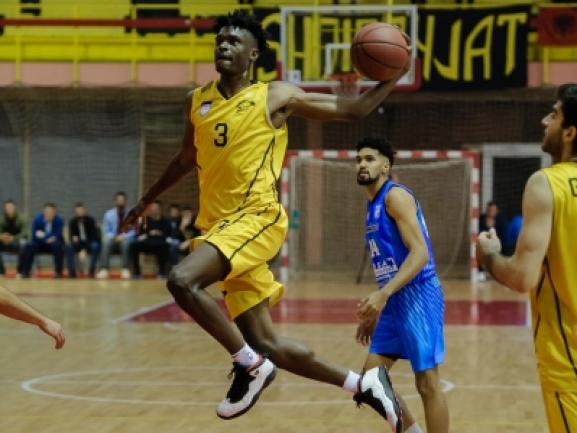 KB Peja marked its return to the Balkan League with a great win. At home the Yellows defeated the fellow Kosovo team - KB Rahoveci 77-54 after a dominating second half. That in the meantime spoiled the visitors′ debut who were trying to start well but were no where near their best.

The first quarter was a close one as the visitors led for most of the time but not by much. The things started turning around from the second period on when Peja started playing very good in defense. Thanks to a 10-1 run to finish the first half, the home side went up by 4 points at the break and increased it after. 5 straight points for the Yellows took the advantage to double digits and the hosts never looked back after. Until the end they continued to play very strong defense and managed to increase the lead for a convincing win.

Henrik Sirko was the top scorer for the winners with 18 points while adding 10 rebounds for a double-double. Malcolm Armstead also did great as he was close to a triple-double after finishing with 13 points, 10 assists and 8 rebounds. Beq Kovaqi was a constant threat adding 12 points and 4 assists for the win.

Rahoveci was led by Arian Callakaj who had 21 points. Jure Gunjina was the only other player in double figures finishing with 12 points while also adding 9 rebounds.