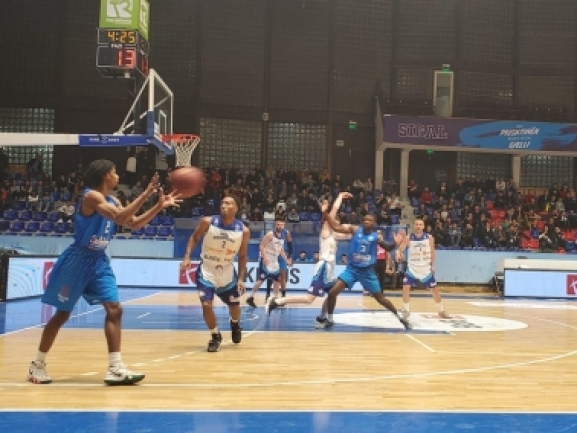 KB Rahoveci recorded a great win in Kosovo league. The team visited the champions KB Prishtina and won 94-87 after a great second half. The home side played better in the first and went up by 16 points at the break. With a monster third quarter Rahoveci not only came close but even took the lead by 4 points before the final ten minutes. Then the visitors managed to hold on and recorded a great win.

Christian Bradford had 21 points for the win as Jure Gunjina had 17 in 20 minutes.

In the meantime KB Peja hosted Ponte Prizren but lost 95-99 after a bad final quarter. The home side won the first by 4 points and then the team were tied in the next two which kept the difference at 4. In the final minutes though the visitors did better in offense and managed to take the win.

Henrik Sirko was the top scorer for the hosts with 26 points as Jordan Martin finished with 14.

After 9 rounds so far Rahoveci is first in the standings with 8 wins and 1 defeat while Peja is sixth with 4-5 record.