Two in a row for Peja 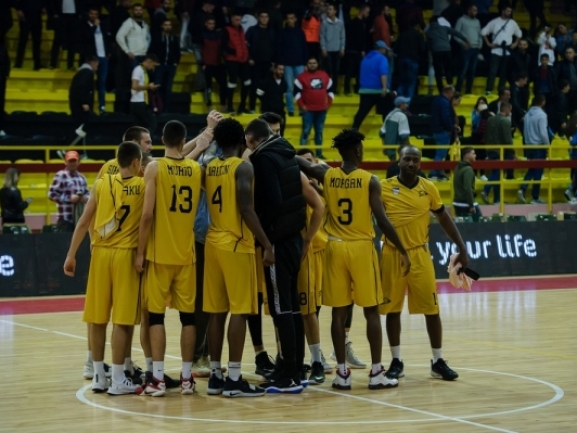 KB Peja recorded its second win in as many games in the Balkan League. The team hosted KB Vllaznia in "Karagaci" and led from the middle of the first quarter to the finish for a 78-67 victory. The home side managed to control the game after taking an early advantage and held on at the end. This gives them two wins while for the visitors it was the second defeat in a row.

The teams exchanged basket for the first five minutes but then in less than three Peja made a 14-2 run which gave them the first double-digit lead. It was cut to 7 at the end of the first quarter and then to just two in the fourth minutes of the second. A 10-0 run for the hosts restored their good advantage and this time they held on to it until the break. In the third period Peja led by as much as 17 but Vllaznia kept fighting and in the middle of the fourth closed the gap to 9. Then it went down to 7 but a triple by Sirko restored the lead to 10 and the hosts held on after.

Drilon Hajrizi was the top scorer for the winners with 20 points. Henrik Sirko did well by adding 20 and 8 rebounds while Malcolm Armstead had 16 points and 8 assists.

The visitors were led by Colin Voss with 19 points as Devonte Thomas scored 16 in his debut.