Vllaznia records its first ever win in the Balkan League 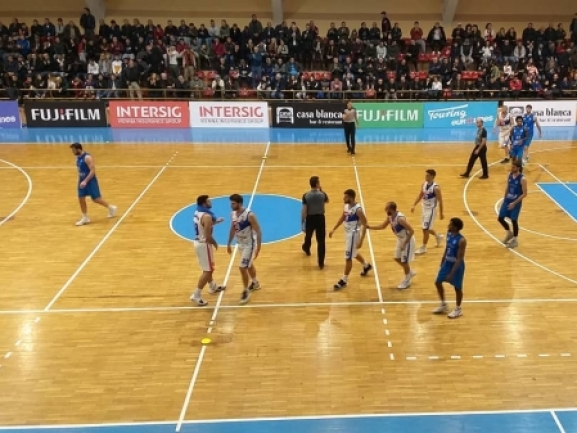 After ten games KB Vllaznia managed to record its first ever win in the Balkan League. After losing all of its matches in the first season and the first two of the current one, the Shkodra side defeated KB Rahoveci 73-68 at home. The Albanians managed to take the lead already in the first quarter and held on until the end.

A 6-0 run gave Vllaznia an 8-point lead after one quarter and the team managed to keep the distance in the second. At one point the difference reached 11 points and at the break it was 10. Rahoveci came out with a different attitude early in the second half and even managed to take the lead with just four minutes in. Vllaznia though responded in a good manner and quickly restored the advantage after finishing the quarter with a 13-4 run. With two minutes left in the game Howared scored to tie the game but Vllaznia scored the last 5 points in the game and won it.

Colin Voss was the top scorer for the winners with 21 points adding also 9 rebounds. Bryquis Perine scored the last 5 points in the game and finished with 18 as Nicholas Evans had a double-double with 13 points and 10 rebounds.

The visitors were led by Joshua McFolley with 32 points while Javis Howard added 14.