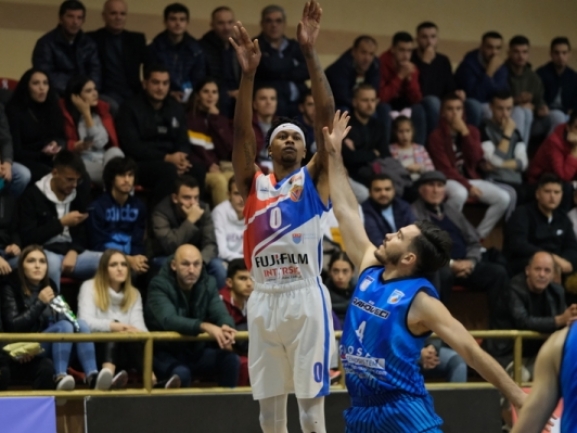 KB Vllaznia recorded its first ever win in the Balkan League after beating KB Rahoveci at home. Here are some quotes after the game was over:

Nikolay Gospodinov, head coach of KB Vllaznia: "I′m happy with the win. As I said before, Vllaznia didn′t get a single victory the last time the team was a part of the Balkan League. Now we did it. This win is also very important to open our minds and hearts because after the two losses in BIBL, we needed one good victory and this will give us more confidence to work better. I think and I believe that after this match our team will play better and better. We have a lot of potential and what we need is just time, patience and positive mood. We also missed two of our players so when they come back I think we′ll have a bright future."

Bryquis Perine, player of KB Vllaznia: "I′m happy about the win, It′s a great one for us. The team played well and followed everything that our coach told us the whole week. We came out focused and we got the victory."

Marjan Ilievski, head coach of KB Rahoveci: "Congratulations to Vllaznia and to the fans for the great atmosphere. We lost the game in the first quarter. We dind′t score a lot of points and had problems with the big guys of Vllaznia who had a lot of easy points and were also controlling the rebounds."

Joshua McFolley, player of KB Rahoveci: "I think that both teams played hard. They just played a bit harder than us and they came out winners. We missed a lot of free throws and a lot of easy layups and they took advantage. We have to get back to practice, practice a little bit hard and try to get the win the next time."