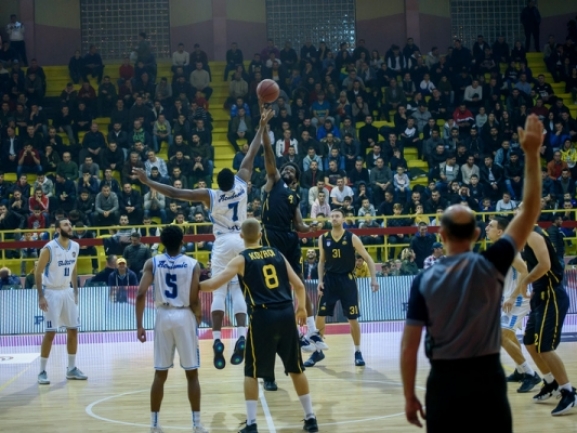 BC Academic Bultex 99 is now the only unbeaten team in the Balkan League. The Plovdiv side got its third in a row after downing KB Peja 98-87 away from home. Academic was shooting hot as the visitors hit 14 triples from 39 attempts which compare to 10 of 38 for the home team was more than enough. After that game Academic is first with a perfect record while Peja and Ibar are following with 2-1.

The teams exchanged points and leads early but with a 9-0 run in the second quarter the visitors pulled away. They continued to have the advantage after that as it was 9 points at the break. Four straight triples and 12-2 run to start the second half gave Academic even bigger lead which even reached 26 points. After 30 minutes it was 21 and in the final ten the hosts cut their deficit but didn′t threaten as Academic didn′t allow the difference to go below 8.

Shakir Smith had a great game for the winners and finished with a triple-double of 31 points, 11 rebounds and 10 assists. Vasil Bachev also did well with 23 points and 9 rebounds as William Perry had 18 points.

Peja was led by Henrik Sirko with 29 points and 14 rebounds as Drilon Hajrizi had 25 and 10.